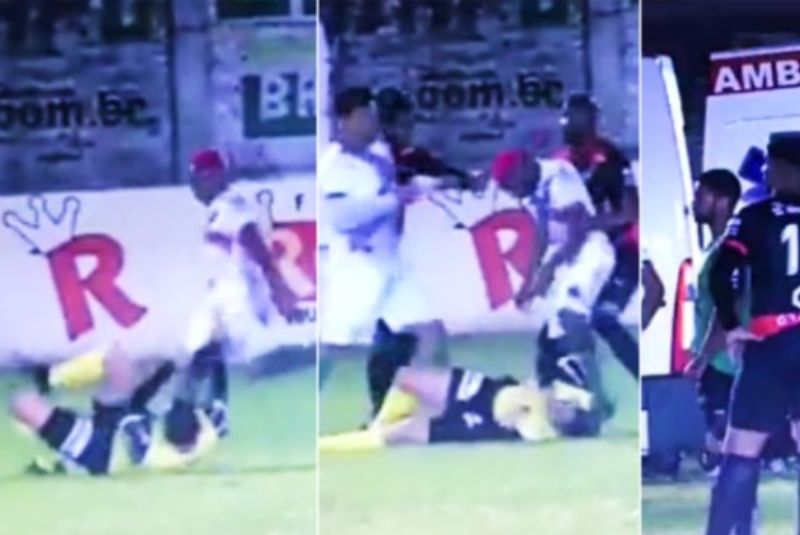 A Brazilian football player has been charged with attempted murder after he brutally kicked a referee in the head during a lower league game in the south of the country.

The player, William Ribeiro of Sport Club Sao Paulo, attacked the referee after he awarded a foul against him during a league game away to Guarani on Monday.

The game was halted 14 minutes into the second half while referee Rodrigo Crivellaro was taken to hospital. He was later released.

"I decided... to charge the lad with attempted murder because in my perception of the case he took the risk of (inflicting) a lethal outcome," the officer in charge of the case told Brazilian portal UOL.

The club called the incident "one of the saddest in its history" and said it had summarily fired Ribeiro and was examining what further action it might take.

The small club from Rio Grande, a city of around 200,000 people approximately 320km south of the state capital Porto Alegre, play in the second division of the Rio Grande do Sul state championship.