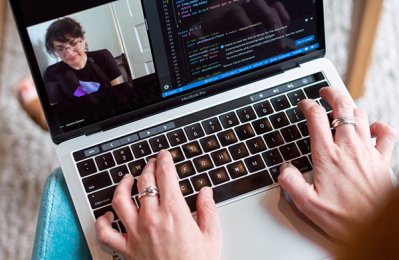 Working remotely is more productive for 67.6% of UAE employees, said Poly, a creator of premium audio and video products, in a new report outlining the evolution of the workplace and changing employee attitudes to the 9-5.

The Poly ‘Evolution of the Workplace’ noted working from home made employees more productive with lesser concerns for noise and distractions. The survey found that 37% of workers in UAE are worried that working remotely could impact their development and career progression. The survey revealed that 39% of females are expected to feel that way as compared to 35% of their male counterparts in the nation.

The report also examines how attitudes and behaviours have evolved – factoring in key variables such as working patterns and culture, frustration and noise, including what we wear.

“Almost two-third of hybrid workers (64%) believe that office culture has changed forever,” said Dave Shull, president and CEO of Poly. “The uptick in hybrid working is a signal that our professional life is set to transform further. Work equity and equality of employee experiences are now at the forefront of all discussions as both organisations and workers are embracing the new ways of working. This is the change that Poly is helping our customers navigate – enabling them to create balanced and personal experiences for all employees, regardless of location.”

From a UAE perspective, the trend was almost similar with only 45% of the hybrid or home workers agreeing that they could be discriminated against, or treated differently, to employees that choose to be in the office while 34% felt that they would be affected by the ‘noise rage’ if their colleagues were too loud with 21% of the men strongly agreeing compared to 18% of the women surveyed by the report.
The report also revealed that better equipment and technology (44%), attending meetings (34%), brainstorming and collaboration (31%) were the main drivers for coming to the office in the future giving an impression that the traditional office setup was still a viable option for almost half of the country’s workforce.

The report, which surveyed hybrid and office workers who mostly use technology as part of their day-to-day official duties in the UAE, also found out that only 36% would spend two days working from home and three days going to the office. 23% of the workers surveyed said that they would work from home for just three days and only two days in the office.

The report comes in the wake of Poly’s new product line-up announcement for its new Pro-Grade video conferencing devices, which are set to debut at this year’s Gitex Technology Week. The Poly Studio X70 and Poly Studio E70, which are part of the Poly Studio family, are designed to upgrade the video collaboration experience and generate meeting equality by bringing pro-grade audio and video to large workspaces.

The research suggests hybrid working is here to stay. 82% of respondents intend to spend at least one day a week working from home in the future, with 54% planning to split their time evenly between office and home. One of the drivers for this shift is the emergence of ‘anytime working’ – whereby employees have greater autonomy over when they do their work – with over two thirds of UAE employees (69%) saying the 9-5 has been replaced by anytime working.

When asked about the benefits of working from home, the top three responses given were: avoiding lengthy commutes, achieving a better work-life balance and feeling less stressed. Similarly, when asked what they would miss about working from home, people highlighted lie ins, time with family and finishing on time.

However, while many workers have reaped the benefits, working from home has not been a smooth transition for everyone. Worryingly the lines between anytime working and being ‘always on’ are blurring: more than half of UAE workers (58%) felt that the rise in remote working has meant they are ‘always on’ and always available, leaving them unable to relax or switch off from work. Added to this, being expected to work outside of their hours was listed as the second biggest drawback of working from home – after having less fun with colleagues.

•    Difficulty collaborating, lack of IT support and lack of equipment to enable home working are listed within the top five drawbacks of working from home – suggesting many employees have not been provided with the right tools to work effectively.
•    Nearly half of UAE workers (48%) said they worried about missing out on learning from peers and seniors when working from home.
•    A further 63% UAE workers think hybrid or home workers could be discriminated against or treated differently to employees in the office full-time.
•    27% of UAE remote workers felt that being expected to work outside their work hours was one of the main drawbacks of working from home. In terms of gender, only 28% of the male workers felt this way compared to 23% of the women.

“Anytime working should not be confused with being always on,’” says Paul Clark. “The organisations that promote a healthy work environment and empower anytime working will see a much happier and more productive workforce. This is especially important as we are experiencing the ‘Great Resignation’ phenomenon, where people across industries are leaving their jobs due to the pandemic. Businesses cannot afford to lose talent so must offer the best working experience possible to all its employees, no matter where they are located.”

The research suggests that there are very mixed feelings about the return to office. While many have missed the camaraderie and connection of seeing colleagues and clients, others are feeling anxious and worry their performance will suffer. What is evident is that for many, the changes of the past year are here to stay – with 72 % of UAE workers saying that office culture has ‘changed forever’. As a result, while many intend to return to the office, the role of the office and office etiquette are likely to evolve.

Despite the concerns, workers are looking forward to having more person-to-person interactions. Office banter, going for lunch with clients/ colleagues and office camaraderie are listed as the top three things workers miss about the office. The findings also highlight how the role of the office will evolve. When asked how people would see themselves using the office in the future, results tended to be practical and task-oriented. The ‘top three reasons to go back into the office’ were brainstorming/collaborating with colleagues, attending meetings and access to better equipment and technology.

Corporate image has also changed. Even industries such as financial services that have always expected employees to maintain a certain standard of dress are now becoming more relaxed. 61% of UAE workers in finance think that hybrid working has brought about the death of the suit, and that wearing suits might go away for good – eight points higher than the average of 53%.

“The role of the office and what people want to use it for is changing. It’s evident that people have craved human interaction since working from home and are looking forward to getting back to the office,” said Paul Clark.

“However, noise is a legitimate concern for many, particularly for those younger workers that are new to the workforce or a new environment. To address the rise of ‘noise rage’, organisations need to provide employees with the right technology, such as noise-cancelling products, to reduce distractions, improve productivity and ensure equality of experience. Where possible, organisations should also look to create dedicated quiet spaces (booths, more rooms, spacing out desks) equipped with the right technologies.”

The Impact on Young Workers and their Future Careers

The findings highlight the impact remote working has had on young workers and how their careers could be in jeopardy, with many worrying about the return to office. Two-fifths of respondents have been unable to visit their new office – either because the company had moved offices, or they joined during the pandemic – a figure that rose to 49% of 18–24-year-olds in the UAE. Of the young workers who have not yet visited their office, 80% of workers in the UAE said the thought of visiting the office for the first time, and the potential noise levels, kept them awake at night.

Younger employees also worried about the impact of working remotely on their abilities to form relationships and communicate with their peers, with many worrying that this could hold them back:

•    52% of workers in the UAE aged 18-24 were concerned that working remotely would have a negative impact on their development and career progression, compared to the average of 43%.
•    53% of 18–24-year-olds in the UAE worry that remote working has made them less confident in their ability to communicate and work with colleagues effectively, compared to the average of 42%.
•    50% of young UAE workers fear they have lost the art of small talk, compared to the average of 39%.
•    In the UAE, 60% were worried that remote working could affect their development and career prospects with 40% of the women feeling the same compared to 44% of men.
•    Poly recommends that businesses think carefully about how they manage any future transition to a more permanent form of hybrid working. Here are some top recommendations from Poly:
•    Understand your employees’ personas to truly understand the personality types within your business and how to get the best out of them.
•    Equip the workforce with the right tools to conduct business from everywhere. Video has rapidly become the de facto way for teams to connect, however, the quality and experience can vary widely.
•    Modernise centralised meeting spaces, while enabling the ability to connect and collaborate from anywhere.

“Firstly, businesses need to understand employees’ personas and working styles. Secondly, they need to clearly define their future office – what spaces will be needed? Should we create more areas for quiet working or collaboration? Doing so will allow organisations to better understand their technology requirements to help the workforce become happier and more productive. Most importantly, this will ensure everyone has an equal experience, no matter where, when or how they work. This will allow everyone to reap the rewards and truly make hybrid ‘work’.” – TradeArabia News Service