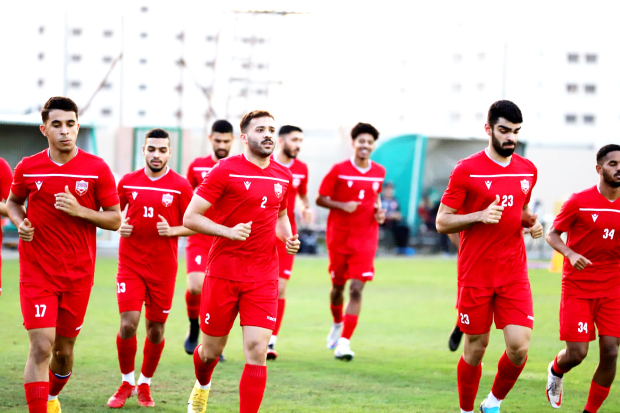 Bahrain players during a training session

Bahrain take on Saudi Arabia at 6.30pm today in a crucial Group C match of the West Asian Football Federation (WAFF) Under-23 Championship in Dammam.

Bahrain, who lost 4-1 to Syria in the opening match, need to win against Saudi Arabia today to retain hopes of reaching the semi-finals. The winners of each of the three groups, along with the best runners-up will qualify for the knockout stage.

Bahrain need to win by four goals against Saudi to revive hopes of finishing as the best second-placed team. The Saudis had defeated Syria 2-0 in their preliminary match on Wednesday.

Meanwhile, Bahrain concluded their preparations with a training session yesterday under the guidance of coach Ismail Karami.