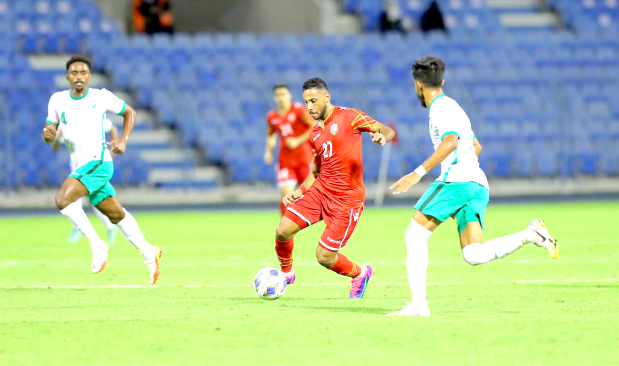 Bahrain’s hopes of reaching the knockout stage of the West Asian Football Federation (WAFF) Under-23 Tournament were dashed yesterday when they went down 3-0 to hosts Saudi Arabia in a Group C clash at Dammam.

Bahrain kept their hopes alive until half-time, which ended 0-0, but Saudi Arabia struck three times after resumption to top the group with six points, ahead of second-placed Syria.

Syria, who had defeated Bahrain 4-1 in the Group C opener, booked a berth in the semi-finals as the best second-placed team.

In yesterday’s Group A matches, Jordan edged Yemen 2-1 while Kuwait and Oman played out a 1-1 draw.

In tomorrow’s semi-finals, Jordan take on Syria at 4.30pm and Iraq clash with Saudi Arabia at 8.30pm. The final will be held on Tuesday.