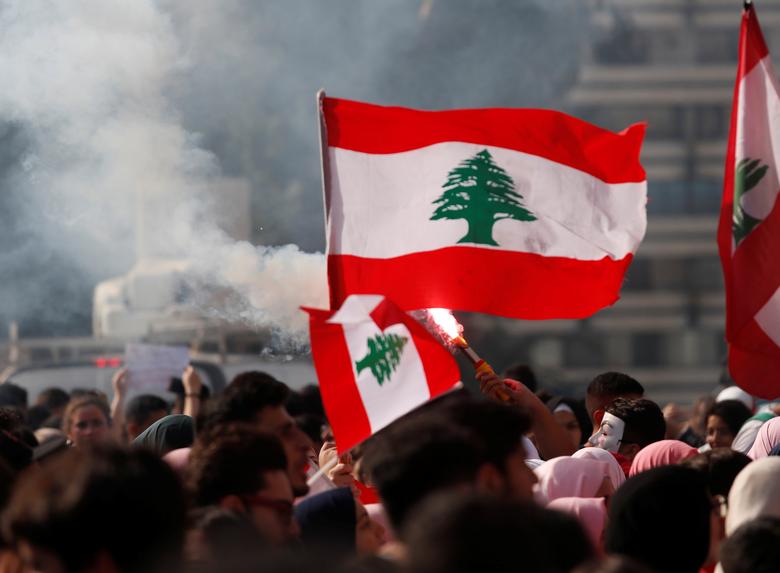 Lebanese officials have lashed out at Iran, calling on the regime to stop meddling in their country’s internal affairs.

It follows Iranian Foreign Minister Hossein Amir-Abdollahian’s visit to Beirut, which has sparked an intense wave of protests and reactions.

“Lebanon is not a province of Iran and will never be,” former Lebanese Justice Minister Ashraf Rifi said.

“The Iranian foreign minister should know that their dream of controlling Lebanon will never come true.”

Rifi also added that Lebanon “is not a card to be put on the negotiating table, and not a frontline for Persian influence.”

“Learn from history, it tells you how many occupations the Lebanese people have brought down,” he added.

Former member of Lebanese parliament and Lebanese Forces president Sammy Gemayel also took to Twitter to express his anger over the visit.

“They (Iran) admit that they have an army in Lebanon, then they make a visit similar to an inspection tour of the new political sites and military bases in Lebanon,” he said.

“The most important thing is not to surrender to the alliance of minorities in the era of humiliation,” he said.

Meanwhile, a number of people gathered at the Sassine Square in Achrafieh district of Beirut to protest against the visit. Head of the Change Movement Party, Elie Mahfoud, addressed the rally.

“The Iranian foreign minister’s visit to Lebanon does not come within the normal diplomatic context between countries, but rather is a blatant representation of an occupation that we reject and resist,” he said.

The group and several others, including the National Liberal Party, Lebanese Forces party and the Guardians of the Cedars party, accuse Iran of seeking to extend its influence to Lebanon through the Lebanese Hizbollah group.

Since late 2019, Lebanon has grappled with severe challenges, including currency devaluation in which the Lebanese pound lost almost all of its value against the dollar, along with shortages of fuel, food and medicines.