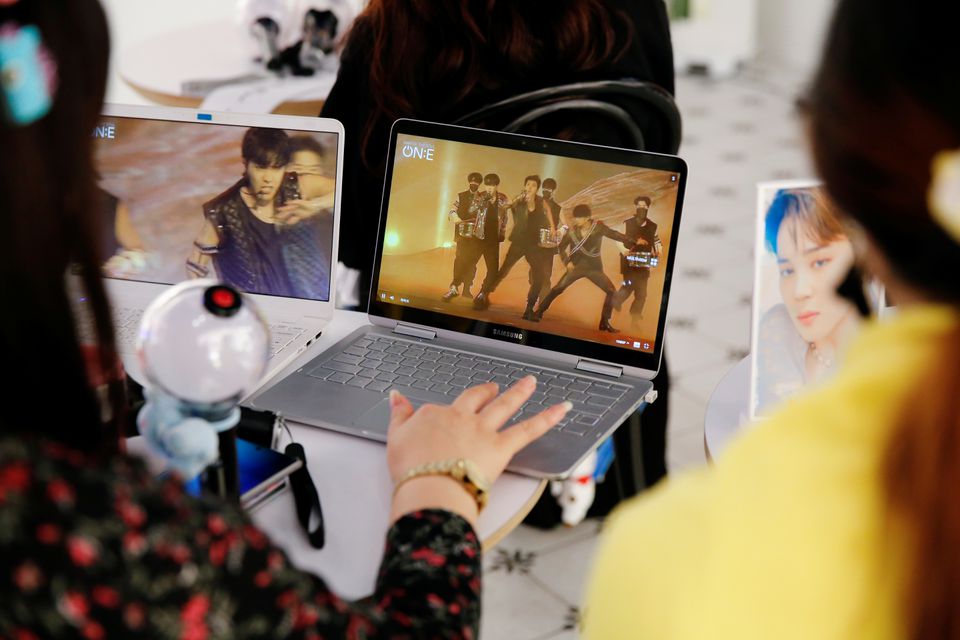 As top K-pop bands get ready to go back on stage or live stream new shows after being sidelined by the pandemic, their fans discover the global chip crisis has also caught up with the world of catchy tunes, glitzy outfits and elaborate dance routines.

Light sticks, a must-have accessory for hard-core enthusiasts of South Korean pop, have become pricier and harder to get due to the shortage that has hit production of anything from smartphones to cars.

The glowing wands fans wave during concerts and virtual events are fitted with so-called microcontrollers for power management and to pair with a phone to change colours, and highlight how far the squeeze has rippled through various industries and aspects of everyday life.

The price of light sticks, used by "ARMY" or fans of mega-band BTS and referred to as "ARMY bombs", has increased by $2 to $59 from Oct. 1, Hybe entertainment-owned Weverse Shop said, blaming the "persistent global semiconductor shortage".

"I sure hope prices won't get too high since a lot of ARMY and other fans too cannot afford such prices," said Pervushina Elizaveta, an entertainment company employee and a BTS fan from Estepona, Spain.

Fans of South Korean boy band SEVENTEEN will have to cough up $3 more for their light sticks, while supporters of acts such as EXO, SHINee, Girls' Generation and YG Entertainment's BlackPink are entirely out of luck.

SM Entertainment's global shop said EXO, SHINee and Girls' Generation's fanlights were sold out, while those of BlackPink were out of stock on the band's official website.

Hybe, SM Entertainment and other top Korean entertainment companies did not respond to requests for comment.

While the Grammy-nominated BTS plans to perform live in Los Angeles in November and December for the first time since the pandemic, other South Korean acts are scheduling online shows. Still, fans are looking forward to make the most of those, with light sticks on and sharing messages in chatrooms.

"It's a fun way to feel connected to other fans all around the world so when you do get to enjoy a concert even from home you can somehow feel part of something amazing!" said Starla Stafford, a fan from Chattanooga, Tennessee.

Wait times for semiconductor deliveries have now stretched to up to six months, compared with the usual about two months, manufacturers said.

"I bulk ordered microcontroller chips in advance, hoping live events will be back next year, because the delivery time is long," said Ashton

Jungmin Choi, a co-founder of FANLIGHT, a Seoul-based company that makes light sticks for bands such as BTS, EXO and SuperM. He said shipping charges have gone up three times, and chips cost 30% more compared with a year ago.

"It is very difficult to get any light stick. They are always in demand and it has been impossible to get the BTS Army Bombs," said Mette Kidal, owner of All In Kpop, a Denmark-based K-pop merchandise retailer that opened a new store in the country this month to cater to surging demand.

Fanlights of TWICE sold out faster than usual, Kidal said, after the girl group teased an upcoming tour in the final scenes of their newly released all-English single "The feels".