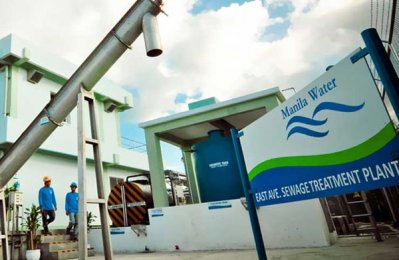 Manila Water, a leading wastewater services company said its consortium with French water distributor Saur Group and Saudi’s Miahona Company has secured a contract worth $59 million for the management, operations and maintenance of the water sector in the Eastern Cluster of the kingdom.
The contract was awarded by Saudi Arabia's state-run water agency National Water Company to cater to this key cluster with a population of 5.27 million and to fulfill the demand for about 1,800 million liters of water per day.
The Eastern cluster includes the cities of Dammam, Al Hofuf, Al Jubail, Al Khobar, Al Qatif and Hafar Al Batin.
The awarding of the water contract for the Eastern Cluster is part of Saudi Arabia’s plans to drive its water infrastructure sector towards privatization.
This is Manila Water consortium's second contract win. In December last year, it had clinched a seven-year contract covering the North West Cluster.
This is one of six regional clusters created under Saudi Arabia’s Vision 2030 and National Water Strategy which restructures the water distribution services and engages private sector participation.
The consortium, in which Manila Water holds 30 per cent stake, was chosen because of its extensive experience in water services and environmental treatment management around the world, said its top official.
"Winning the North West and Eastern clusters puts Manila Water and its partners in a strong competitive position when the same management contracts are converted into long-term concessions," remarked its  President and CEO Jocot de Dios.
"Manila Water will bring in 24 years of experience and knowhow in the water space to provide innovative solutions to the water and wastewater requirements in a region whose population and demand are almost comparable to our existing concession area in eastern Metro Manila and Rizal Province," he added.