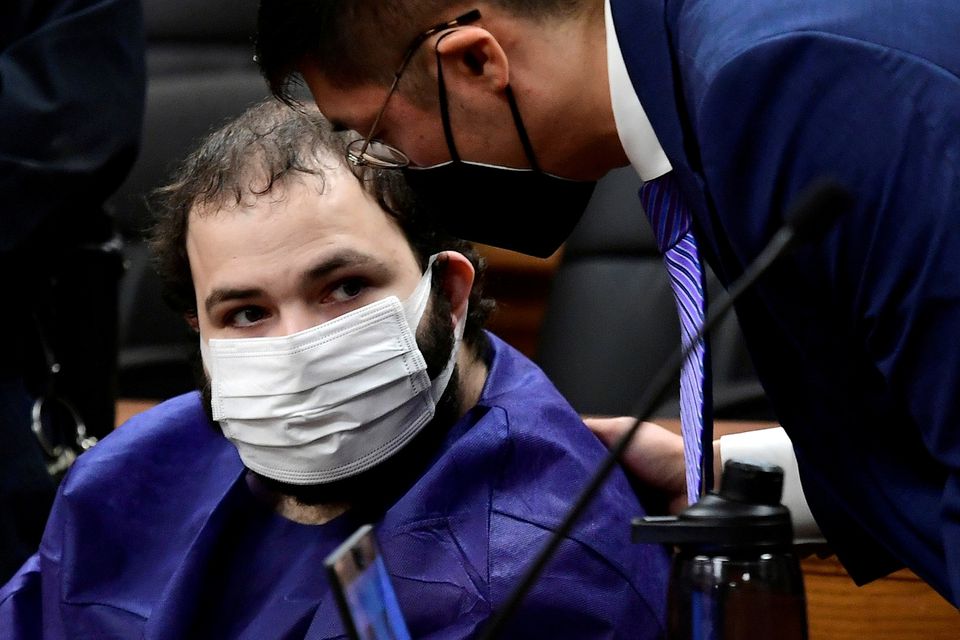 DENVER:  Psychologists who evaluated a 22-year-old man accused of fatally shooting 10 people at a Colorado grocery store in March have found him incompetent to stand trial, but prosecutors are seeking a second mental health evaluation, court records showed on Monday.

Ahmad Al Aliwi Alissa is charged with 10 counts of first-degree murder, and dozens of attempted murder and related charges stemming from the March 22 rampage at a King Soopers grocery store in Boulder, Colorado, about 28 miles northwest of Denver.

Prosecutors allege Alissa stormed the supermarket and opened fire with a Ruger AR-556 semi-automatic pistol that he had legally purchased six days before the rampage.

Among those killed was a responding Boulder policeman.

Alissa has been held without bond since his arrest, and last month a judge ordered that he undergo a competency evaluation.

The report by the two court-appointed psychologists has not been released, but their conclusions were set out in a motion filed by prosecutors for a second examination, to which defence lawyers object.

In their motion, prosecutors argued that the initial evaluation showed Alissa is aware of his legal predicament.

“Defendant indicates an understanding of his charges, the potential sentence, the roles of the judge, prosecutor, and defence attorney,” the prosecution motion said.

In objecting to the prosecution request, defence attorneys said Alissa mistakenly believes he could be executed if found guilty.

“The death penalty is not a potential sentence in this case, and the report reflects his (Alissa’s) fixation on that as a sentence,” the defence motion said.

Under Colorado law, a judge is required to conduct a competency hearing before ruling on whether a defendant is mentally fit to stand trial.

The judge has not ruled on the prosecution request, though the issue will likely be argued during an Oct. 14 competency review hearing.