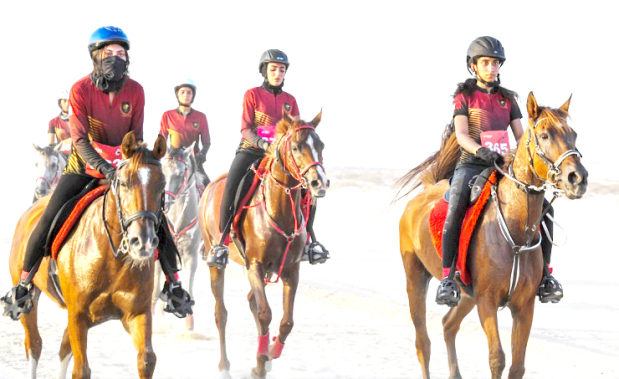 The opening races of the new endurance season which kicked off last Friday were marked by greater participation of female jockeys representing local stables.

The development is a result of the support of His Majesty King Hamad’s representative for humanitarian work and youth affairs Shaikh Nasser bin Hamad Al Khalifa.

Highly-spirited female jockeys who were in the fray last Friday and Saturday showed their ability to compete with male contenders and vie for trophies.

This winning spirit was best embodied by Awal Stable’s jockey Fatima Ali Juma’a who finished second in the 80 kilometre endurance race which was held last Saturday.