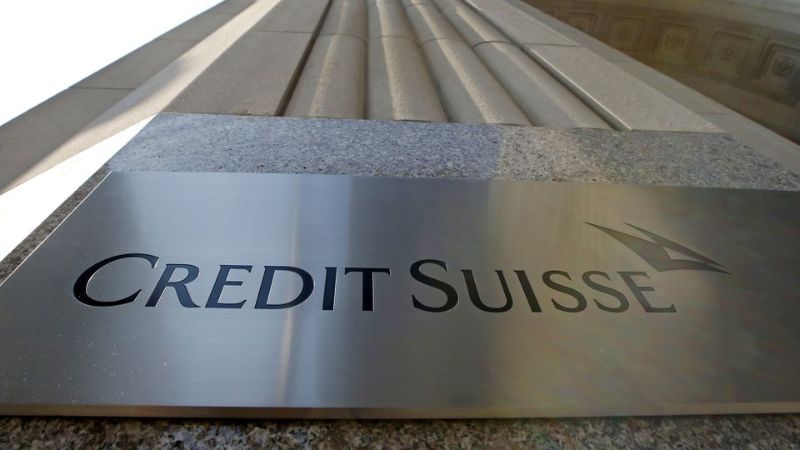 A Credit Suisse sign is seen on the exterior of their Americas headquarters in the Manhattan borough of New York City, September 1, 2015. (Reuters Photo)

WASHINGTON/ZURICH - Credit Suisse Group AG will pay about $475 million to American and British authorities to resolve bribery and fraud charges relating to a $2 billion Mozambican corruption scandal, while its subsidiary pleaded guilty to a conspiracy charge in New York, U.S. and UK agencies said on Tuesday.

The settlement with the U.S. Securities and Exchange Commission (SEC), the Justice Department and Britain's Financial Conduct Authority (FCA) is the latest blow for the scandal-plagued Swiss bank and was announced just minutes before Switzerland's financial regulator reprimanded it for a long-running corporate espionage saga.

The U.S. and British charges stem from nearly $1 billion in bond offerings and a syndicated loan Credit Suisse helped to arrange between 2013 to 2016 to finance a tuna fishing industry project in Mozambique. Much of the proceeds were diverted via kickbacks to Credit Suisse bankers and Mozambique officials.

The three former Credit Suisse bankers, along with two middlemen and three Mozambican government officials, were charged in 2018 for money laundering and defrauding U.S. investors who had invested in the loans. U.S. prosecutors said at least $200 million of the loans had been diverted to the eight defendants. The former bankers pleaded guilty in 2019.

Through the actions of its bankers, Credit Suisse fraudulently misled investors and violated U.S. bribery laws, the authorities alleged on Tuesday.

The bank will pay a $175 million criminal fine to the Justice Department, $99 million to the SEC, and $200 million to the British authorities, and will also forgive $200 million of debt owed by Mozambique. As a result, the bank said it expects to take $230 million in charges in the third quarter 2021.

Credit Suisse's European subsidiary also pleaded guilty in a U.S. federal court to one criminal count of conspiracy to commit wire fraud, while the group has entered a three-year deferred prosecution agreement with the Justice Department.

That will require the bank to continue cooperating with any ongoing investigation and to improve its compliance systems.

Credit Suisse's European subsidiary has also agreed with the Swiss regulator to appoint an independent third-party to monitor its transactions and risk controls.

"Credit Suisse is satisfied with the completion of the proceedings by U.S., UK and Swiss regulatory authorities into the bank's arrangement of loan financing for Mozambique state enterprises," the bank said in a statement.

The Swiss bank is already reeling from a string of scandals including heavy losses from the collapse of U.S. family office Archegos, client-losses stemming from the collapse of supply chain finance company Greensill, and allegations that it snooped on its former top wealth management executive Iqbal Khan.

Chairman Antonio Horta-Osorio, who joined the bank in April from Britain's Lloyds, has said the scandals are the gravest he has seen.

The Swiss Financial Market Supervisory Authority, FINMA, said on Tuesday that the bank was found to have had "serious organisational shortcomings" surrounding the corporate espionage that ultimately triggered the departure of Chief Executive Tidjane Thiam.

FINMA said it had reprimanded two individuals and opened enforcement proceedings against three additional individuals, without naming them.

Referring to the spying matter, Credit Suisse said it had "taken decisive steps to strengthen its relevant governance and processes."

Tuesday's resolution is the latest development in the multi-year Mozambique saga for Credit Suisse, with private litigation ongoing. The African nation is suing Credit Suisse and shipbuilder Privinvest in London's High Court over the missing money.

The corruption scandal prompted donors including the International Monetary Fund cut off support to Mozambique, triggering a currency collapse and debt default.

It has also embroiled other major lenders.

A London-based subsidiary of Russian bank VTB, which worked with Credit Suisse to arrange one of the bonds in 2016, also agreed on Tuesday to pay $6 million to settle SEC charges it misled investors.