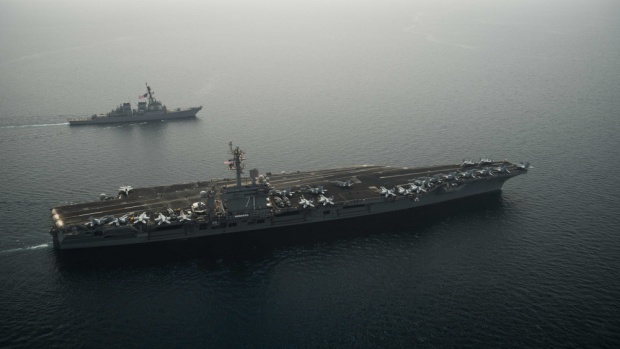 Aircraft carrier USS Theodore Roosevelt deployed under the Fifth Fleet in 2018 transits the Arabian Gulf.
Dodgy dealing involving more than $100 million in US Navy contracts in Bahrain – part of a $1 billion-plus bribery allegation court action – have rocked the military establishment in Juffair. A US Navy official in Bahrain allegedly accepted a bribe at a five-star hotel in Manama and collaborated with a private company that submitted inflated invoices as part of a major American defence contracting scandal, it has emerged .