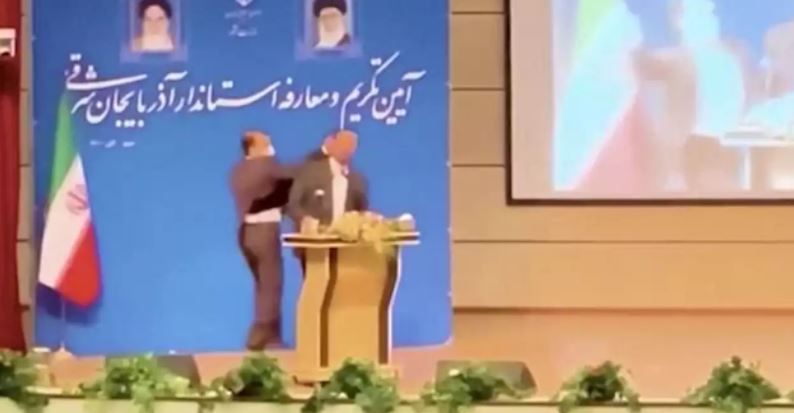 TEHRAN: A newly appointed Iranian governor and Islamic Revolutionary Guard Corps commander was slapped on the face by a fellow member of the IRGC during his inauguration ceremony yesterday, footage shared by state media showed.

Today at the introduction ceremony for the new governor of #Iran's East Azerbaijan Province Abedin Khorram, a man went up to the podium and slapped him in the face. pic.twitter.com/vyEFoBy8WA

The assailant attacked Abedin Khorram, the new governor of East Azerbaijan province, “for personal reasons,” IRNA said, adding that the attacker is a member of the IRGC.