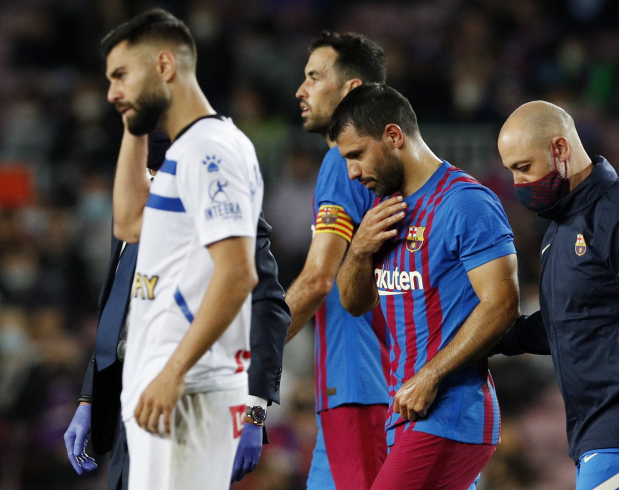 Barcelona striker Sergio Aguero has been taken to hospital after he suffered chest pain and complained about feeling dizzy during his side's 1-1 LaLiga draw with Alaves on Saturday.

"Sergio Aguero was struggling with chest pain for much of the first half and was replaced by Philippe Coutinho at halftime and then taken to hospital for cardiac analysis," Barcelona said in a statement.

During the first half, the Argentine appeared to signal to the bench that he wanted to be taken off.

Shortly before the interval, the 33-year-old was seen lying on the pitch while holding his chest.

Medical staff rushed to assist Aguero, who eventually got up and slowly walked off the pitch unaided.

"I was told he was feeling a bit dizzy. I have just learned that he was taken to hospital and I can't say much more until I know," Barcelona's caretaker coach Sergi Barjuan said.