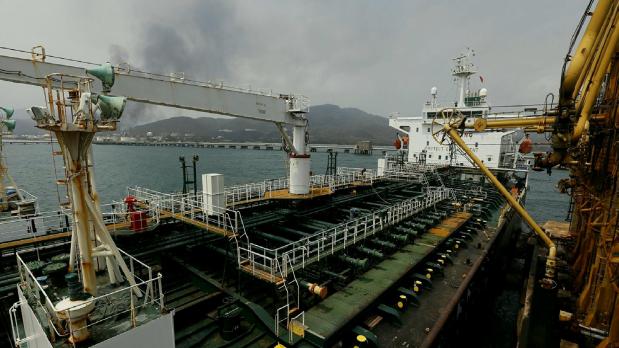 DUBAI: Iran yesterday said it seized control of a tanker which Tehran claimed the US used to “steal” Iranian oil from another tanker in the Sea of Oman, state media reported.

US forces seized a tanker carrying Iranian oil in the Sea of Oman and transferred its oil shipment to a second tanker heading to an “unknown” location, Iran’s state TV said, without specifying the date of the incident.

Islamic Revolutionary Guard Corps (IRGC) forces then descended on the second tanker, took control of it, and led it toward Iranian waters, state TV added.

The IRGC released a statement later yesterday saying the tanker docked at Iran’s port of Bandar Abbas on the morning of October 25.

US officials said that the Iranian report was not true and there had been no American attempt to seize a tanker.

The US officials said that in reality Iranian forces had seized a Vietnamese-flagged oil tanker last month and US naval forces were just monitoring the situation.

Separately, American officials said that multiple drones, believed to be Iranian, had come close to the US Navy amphibious assault ship Essex in the Strait of Hormuz in the past 24 hours.

Tensions have risen between Tehran and Washington amid stalled talks on reviving Iran’s 2015 nuclear deal with world powers, under which Tehran curtailed its uranium enrichment programme in exchange for a lifting of global sanctions.

The deal has eroded since 2018 when then-President Donald Trump withdrew the US from it and reimposed US sanctions on Iran, prompting Tehran to breach various limits on uranium enrichment set by the pact.