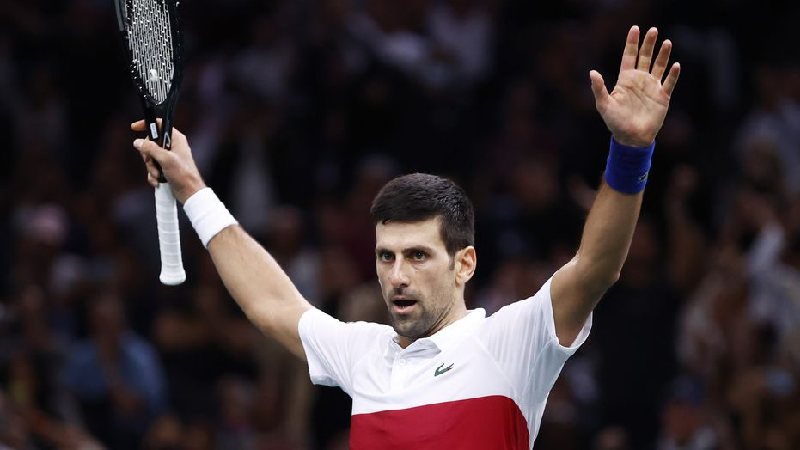 Novak Djokovic put the disappointment of missing out on a rare calendar Grand Slam behind him as he won a record sixth Paris Masters title on Sunday.

The Serbian's bid to become the first man since Rod Laver in 1969 to win all four majors in the same year was ended by Daniil Medvedev in September's U.S. Open final, and on Sunday he avenged that defeat by beating the Russian 4-6 6-3 6-3 in Paris.

Sunday's triumph secured Djokovic a record 37th Masters title, capping a successful week in which the 34-year-old had also made sure he would finish the year as world number one for a record seventh time.

"I already closed that (New York) chapter, to be honest. I'm not regretting it, really. I'm not spending days suffering because I didn't take the calendar slam this year," Djokovic told a news conference.

"I'm very relieved that the calendar, that the Grand Slam season was done, because I felt a tremendous pressure unlike anything I felt in my life.

"So it was an interesting experience, and I'm very satisfied with the way I played in Grand Slams, three wins and a final. I mean, there is much more positive things to be grateful for and to look at than negative."

On Sunday Djokovic remained unflappable despite losing the opening set as he set another record.

"I have always been honest enough to say that the history of our sport is too big a motivation," he said.

"It is an objective, yes, to prove that I can break all the records with all the results that I can obtain on the tour professionally.

"So, yes, I love breaking records. I'm very motivated to carry on. My priority is the Grand Slams and Masters 1000 where you can gain the largest number of points. This is an added benefit of our sport."

Djokovic will now set his sights to the Nov. 14-21 ATP Finals in Turin, where he will be looking to match Roger Federer's record haul of six titles at the season-ending event.