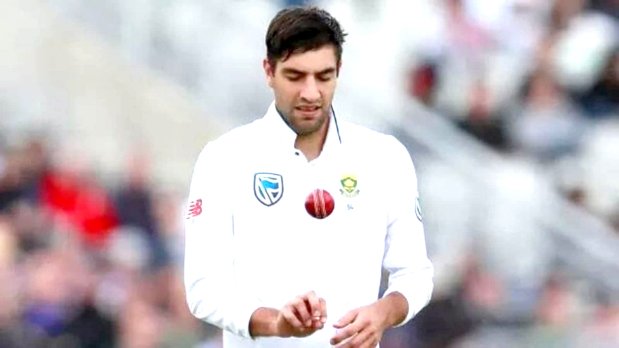 PRETORIA: Fast bowler Duanne Olivier is expected to return to the South Africa line-up as the home side challenge visiting India in the first match of a three game series in the ICC World Test Championship at Centurion Park starting on Sunday.

Olivier will bolster a home seam attack missing injured Anrich Nortje and will play his first Test since 2019, when he turned his back on South Africa in favour of county cricket in England, despite considerable success in the five-day format.

The series is expected to be a battle between the respective pace attacks on lively wickets, especially in the first two Tests on the Highveld, and Olivier’s return is therefore timely having taken 48 wickets in 10 Tests at an average of under 20.

“I want our best opportunity to win matches and series, and in order for that to happen, you need to make tough calls, for instance bringing people back,” South Africa captain Dean Elgar told reporters in response to whether Olivier should be given a chance to return.

“I was very keen to have him back, I’m happy and excited knowing what he can do on the field. There’s no bad feelings about what’s happened in the past.”

South Africa have often relied on fast bowlers on spicy home wickets to get them to victory, but are also well aware that India have developed an excellent pace attack that has brought them overseas success in the last few years.

“India has been an immensely improved bowling line up, especially playing away from home. We’re very mindful of what we’re going to be up against,” Elgar said.

India have kept a low profile in their Johannesburg bio-secure bubble since their arrival in the country, but batsman Cheteshwar Pujara believes this is their best chance yet of claiming a first ever Test series win in South Africa.

“Our fast bowlers have been the difference between the sides overall when we have played abroad. If you look at the Australia and England series, we have done exceptionally well as a bowling unit,” Pujara told the Board of Control for Cricket in India website.

“Our fast bowlers are our strength (in South Africa) and I hope they can utilise the conditions and give us 20 wickets in each Test match.”

India are coming off a home series win over New Zealand completed this month, while South Africa have not played Test cricket since a series victory in the West Indies in June.