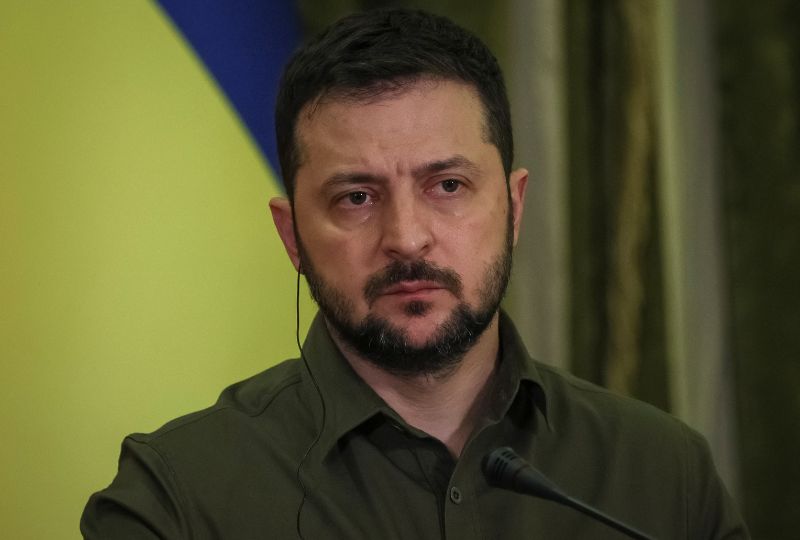 KYIV/KHERSON: Russian forces kept up a barrage of shell and missile attacks on various regions of Ukraine, many hitting power infrastructure, while heavy fighting persisted in the Luhansk and Donetsk regions in the east of the country.

As the winter's first snow fell in Kyiv, authorities said they were working to restore power nationwide after Russia earlier this week unleashed what Ukraine said was the heaviest bombardment of civilian infrastructure of the war, which began on Feb. 24 when Russia invaded its neighbour.

About 10 million people are without power, President Volodymyr Zelenskiy said in a Thursday evening video address, in a country with a pre-war population of about 44 million. Authorities in some places ordered forced emergency blackouts, Zelenskiy said.

Ukraine's energy infrastructure came under renewed heavy attack on Thursday, from the capital Kyiv in the north to Dnipro in central Ukraine and Odesa in the south, the military said in a statement.

Pope Francis reiterated on Friday the Vatican was ready to do anything possible to mediate and put an end to the conflict.

"We must all be pacifists," he told Italian daily La Stampa. "Wanting peace, not just a truce that may only serve to rearm. Real peace, which is the fruit of dialogue."

In Donetsk and Luhansk regions, Russian forces have been reinforced by troops pulled from Kherson city in the south which Ukraine recaptured last week.

The Ukrainian parliament's human rights commissioner, Dmytro Lubinets, released a video of what he said was a torture chamber used by Russian forces in the Kherson region, including a small room in which he said up to 25 people were kept at a time.

Reuters was unable to verify the allegations - which included the use of electric shocks to secure confessions - made by Lubinets and others in the video. Russia denies its troops deliberately attack civilians or have committed atrocities.

Mass burial sites have been found in other parts previously occupied by Russian troops, including some with civilian bodies showing signs of torture.

The central square of Kherson city was a frenetic melee of humanitarian aid queues and displays of patriotism on Thursday as residents celebrated their liberation from months of Russian occupation following Ukraine's counter-offensive this month, but the mood was also one of deep uncertainty.

"We're fine, but we don't know what to expect. Nothing is over yet. On that (east) bank of the river, the (Russian) forces are gathering. On this side, they are gathering. We are in the middle," said Ihor, 48, an unemployed builder.

A Reuters witness in Kherson heard explosions in the centre of Kherson on Friday morning and saw black smoke rising from behind buildings. Police blocked off access but the commotion did not seem to faze hundreds of people on the central square as they queued for humanitarian aid.

Elsewhere, Russian forces fired artillery on the towns of Bakhmut and nearby Soledar in the Donetsk region, among others, the Ukrainian military said.

Russian fire also hit Balakliya in northeastern Kharkiv region, which Ukraine recaptured in September, and Nikopol, a city on the opposite bank of the Kakhovka reservoir from the Zaporizhzhia nuclear power station, the statement said.

The board of the UN nuclear watchdog, the International Atomic Energy Agency (IAEA), again urged Russia to withdraw immediately from Zaporizhzhia, Europe's largest atomic plant, and to end all actions at Ukraine's nuclear power plants.

Meanwhile, a Dutch court convicted two Russian men and a Ukrainian man in absentia of murder for their role in the shooting down of Malaysian Airlines Flight MH17 over eastern Ukraine in 2014. Russian-backed forces and the Ukraine military have been fighting in eastern provinces since 2014, the same year Russia annexed Crimea from Ukraine.

"Punishment for all Russian atrocities - both present and past - will be unavoidable," Zelenskiy wrote on Twitter in response to the court's decision.

Separately, a Swedish prosecutor said on Friday that investigators had found traces of explosives at the site of the damaged Nord Stream pipelines, confirming that sabotage had taken place.

Swedish and Danish authorities are investigating four holes in the Nord Stream 1 and 2 pipelines, which link Russia and Germany via the Baltic Sea and have become a flashpoint in the Ukraine crisis.

It remains unclear who might be behind the Sept. 26 ruptures, with Russia and some Western countries trading accusations.