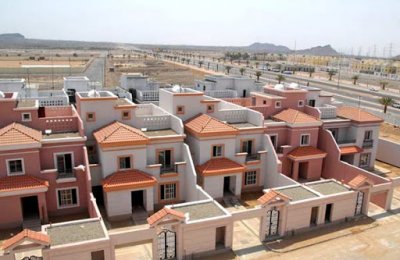 Saudi Real Estate Refinance Company (SRC) has announced the successful completion of the dual tenor (7 and 10-year) sukuk issuances worth SR4 billion ($1.06 billion), thus underscoring the investor confidence in the strength of the kingdom's housing market and provides liquidity to the Saudi housing market.
A subsidiary of the kingdom's wealth fund Public Investment Fund (PIF), SRC was established in 2017 to be the pillar of Saudi Arabia housing market by acting as a catalyst for accessible and affordable home financing solutions.
According to SRC, the issuance was part of the newly-launched SR10 billion Saudi-Riyal sukuk programme under which the company will issue sovereign-guaranteed sukuk targeting local investors.
Over 30% of the issuance was subscribed by a mix of asset managers, pension fund, government funds, and insurance companies, it stated.
HSBC Saudi Arabia acted as the sole arranger on the establishment of the sukuk programme and as a sole lead co-ordinator, sukukholders’ agent and payment administrator on the issuances under the programme.
Aljazira Capital, HSBC Saudi Arabia, and Saudi Fransi Capital acted as Joint Lead Managers and Bookrunners on the issuances under the programmer.
The issuances were a private offering to Saudi-based institutional investors attracting an orderbook in excess of SR8 billion which represents an oversubscription of 2.15 times, said the statement from SRC.
This underscores the investor confidence in the strength of the Saudi housing market which witnessed an increase in homeownership from 45% in 2017 to 62% in 2020, it added.
Majed Al Hogail, the Minister of Municipal, Rural Affairs and Housing and Chairman of SRC, said: "The successful sukuk issuance demonstrates confidence among the investor community and trust in a robust housing market in the kingdom and more broadly a resilient Saudi economy."
He pointed out that the favourable cost of funding for SRC ultimately translates to an ecosystem where mortgages are more affordable and accessible to Saudi families.
"The sukuk programme brings us one step closer to achieving the strategic objectives of the housing program under Vision 2030," he noted.
CEO Fabrice Susini said SRC's successful completion of issuances under the new sukuk programme marks an important step towards the development of a robust secondary mortgage market and the wider housing sector in the kingdom.
"Our role in sustaining a healthy housing market is further validated by the strong investor interest in our issuance which helps achieve our funding objectives. The latest sovereign-guaranteed offering, underpinned by favourable cost of funding and terms, will further provide liquidity to the Saudi housing market that helps our citizens climb the housing ladder," noted Susini.
"This issuance will also contribute to the realization of the Public Investment Fund’s strategy, a key driver in promoting the growth of the Saudi economy and diversifying sources of income by launching new sectors, including a secondary market for real estate financing," he added.
Lauding the SRC milestone, Faisal Qadri, Managing Director, Head of Debt Capital Markets & Structured Finance, HSBC Saudi Arabia, said: "This is yet another groundbreaking achievement for SRC, and stands as a testament of the confidence local investors have in this fast emerging name which is playing a critical role in the development of the housing sector."
"The growing presence and importance as a catalyst in the housing sector is demonstrated by SRC’s ability to attract an investor orderbook in excess of SR8 billion," he added.-TradeArabia News Service