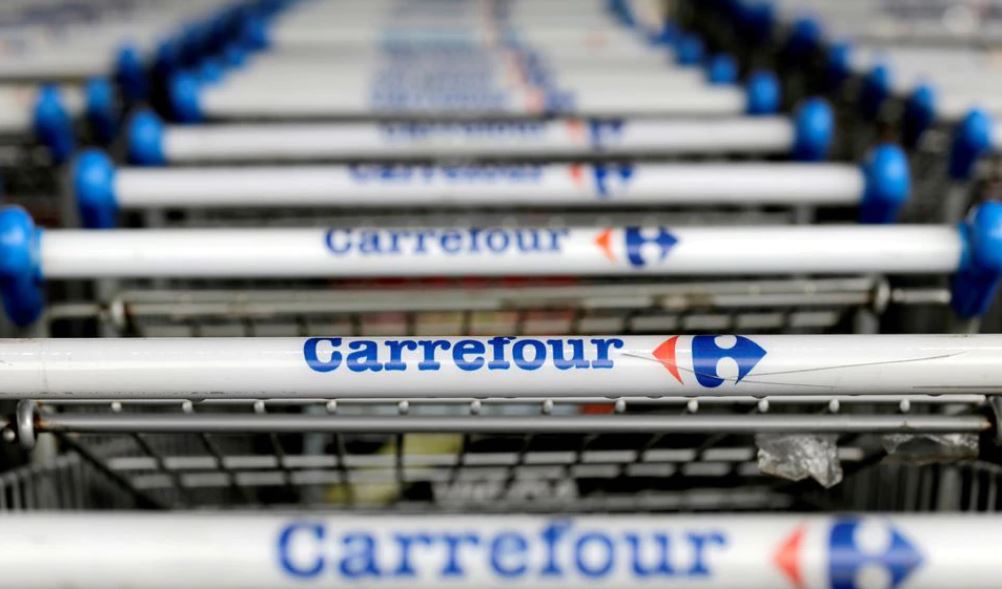 An e-commerce acceleration - notably through express delivery and innovative services - the ramp-up of data and retail media, and the digitalisation of financial services will be among the main drivers of its online push as Europe's largest food retailer looks to retain an edge over Amazon on the groceries front and accelerate its turnaround.

Carrefour said the investment would represent a 50% increase from similar ones of some 600 million euros per year in recent years.

As a result, Carrefour is raising its total annual investment target to around 1.7 billion euros, the higher end of a 1.5-1.7 billion euro range communicated in early 2021.

"As a successful first transformation plan comes to its end, we now want to transform Carrefour, a traditional retailer with e-commerce capabilities, into a digital retail company, which places digital and data at the heart of all its operations and its value creation model," Chairman and CEO Alexandre Bompard said in a statement released ahead of the group's Digital Day

Carrefour said the extra investment would help it triple its e-commerce Gross Merchandise Value - the total value of merchandise sold - by 2026 to 10 billion euros. It expected digital to contribute an extra 600 million euros to recurring operating income in 2026 versus 2021.

Bompard, at the helm since July 2017, secured a further three-year term in May. With Carrefour in the later stages of a five-year turnaround plan launched in January 2018, he faces the challenge of conducting the second leg without the extra financial resources that would have been on hand had two planned tie-ups this year not failed - one with Canada's Couche-Tard and one with France's Auchan.

Past digital initiatives have ranged from a strategic partnership with Google (GOOGL.O) to rapid grocery delivery services deals with Uber Technologies. (UBER.N)

Bompard has said he is working on a new strategic plan and is also conducting an asset review as part of the process.

He is widely expected to detail his new plan early next year.