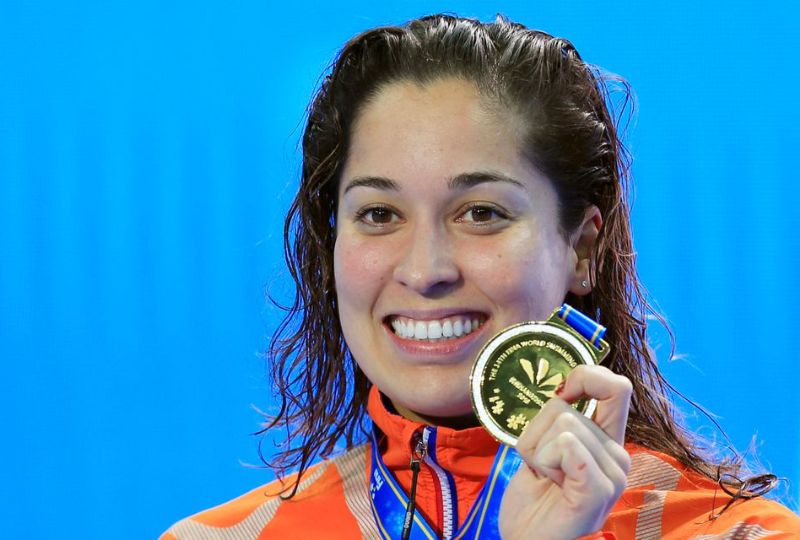 Ranomi Kromowidjojo of the Netherlands poses for a photograph. (Reuters Photo)

Three-times Olympic gold medallist Ranomi Kromowidjojo on Thursday announced her retirement from competitive swimming at the age of 31.

The Dutch swimmer has also won 17 world titles and currently holds the short course world record for the 50 metres freestyle with a time of 22.93.

"After 16 years of sport at the top level, my professional swimming career is complete," Kromowidjojo said on social media. "Swimming will always be my passion, but not on a professional level anymore.