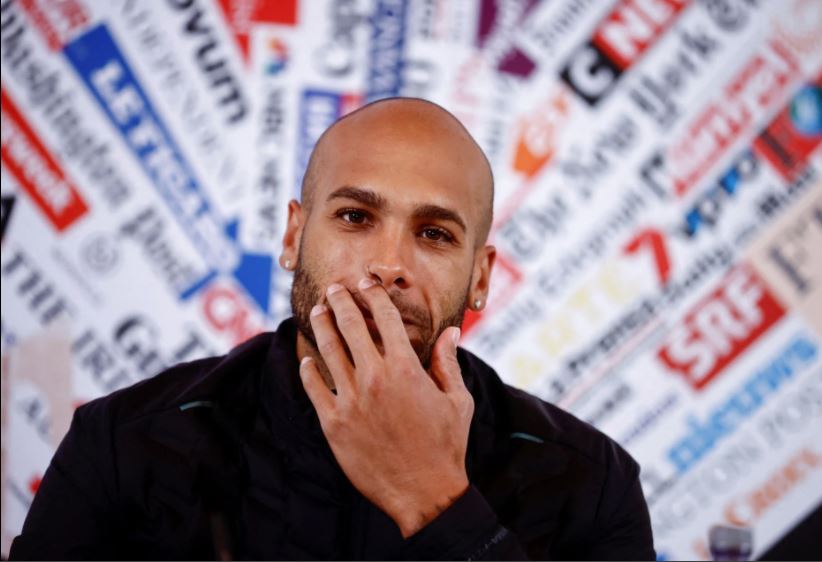 Olympic sprint champion Lamont Marcell Jacobs has set his sights on gold at indoor and outdoor world championships after returning to the track last week, the Italian said on Tuesday.
Jacobs marked his first race since winning the 100 metres and sprint relay in Tokyo last year with victory in the 60 metres at an event in Berlin on Friday.
The 27-year-old said he had been nervous in Berlin and had hoped to dip under 6.50 seconds. He clocked 6.51 seconds and is aiming to pick up the pace ahead of the world indoor championships in Belgrade next month.
"I hope not to go so long without racing in future," Jacobs told reporters in Rome, adding that he planned to run another 60 metres indoors in the Polish city of Lodz on Friday before competing in France on Feb. 17.
"I'm very confident I can improve further," added Jacobs, who said he was in better shape than this time last year.
Speaking as he collected an athlete of the year award from the Foreign Press Association in Rome in recognition of his stellar 2021, Jacobs said the indoor meetings took him outside his comfort zone.
Once the outdoor season begins, he plans to compete in a couple of 200 metres races before focusing on the world championships in the U.S. city of Eugene, Oregon in July.
Jacobs took time out from the sport after winning two gold medals in Tokyo last August.
The former long jumper's shock win and rapid improvement -- he broke the 10-second barrier for the first time three months before the Tokyo Games -- led to media reports highlighting past doping cases involving breakout athletics stars, but Jacobs has said his success was purely down to his efforts.
He told Britain's Daily Telegraph newspaper last month that he never has and never will take performance-enhancing drugs, adding that he ended his 2021 season early because of exhaustion.