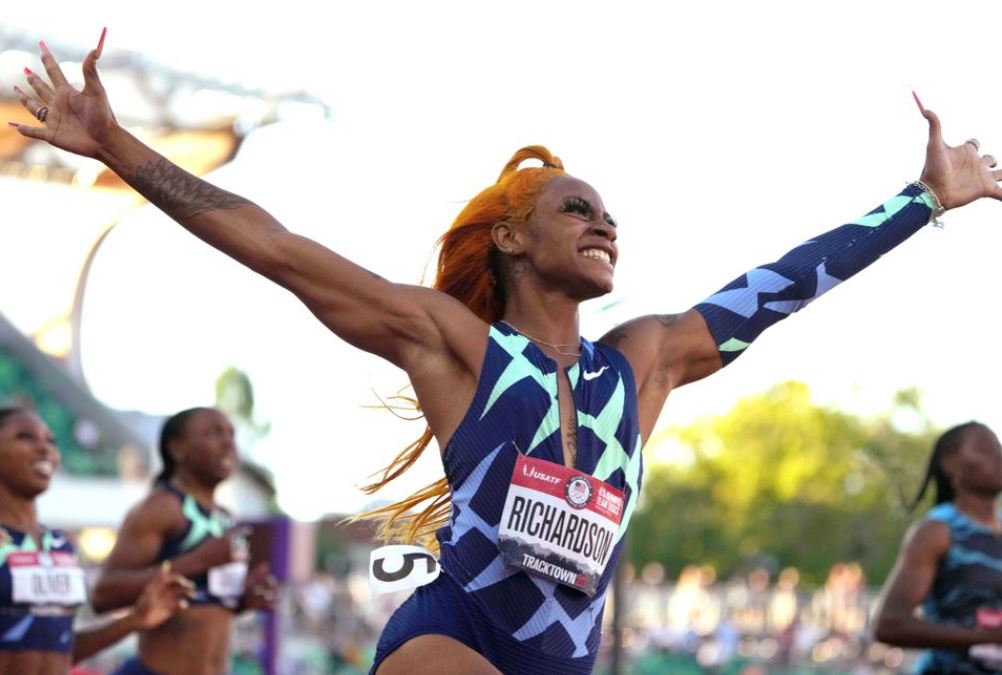 FILE IMAGE: Sha'Carri Richardson celebrates after winning the women's 100m in 10.86 during the US Olympic Team Trials at Hayward Field. (Reuters Photo)

Sprinter Sha'Carri Richardson questioned why Russian figure skater Kamila Valieva was allowed to continue competing at the Beijing Games amid a doping charge on Monday, months after a positive test for cannabis derailed her own Olympic dreams.

The 21-year-old American was expected to be one of the biggest draws at the Tokyo Summer Games after winning the 100 metres at the U.S. trials, but was barred from competing after accepting a one-month ban for her positive test for cannabis.

she later said her action was the result of mourning the death of her mother, as the incident rekindled the debate over the use of cannabis among athletes.

"Can we get a solid answer on the difference of (Valieva's) situation and mines?" Richardson wrote on Twitter on Monday. "My mother died and I can't run and was also favored to place top 3. The only difference I see is I’m a black young lady."

Richardson went on to question how Valieva's positive result had come to light only during the Games even though she was tested in December and also added that in her own case, cannabis wasn't even a performance-enhancing drug.

"Failed in December and the world just now know however my resulted was posted within a week and my name & talent was slaughtered to the people," she said in another tweet.

"Not one BLACK athlete has been about to compete with a case going on, I don't care what they say!!!" Richardson continued.

Her agent could not be reached for further comment.

Sport's highest court on Monday cleared the 15-year-old Russian Olympic Committee's Valieva to continue competing in Beijing, although no Olympic medals will be awarded at the women's singles event on Thursday if she finishes in the top three.