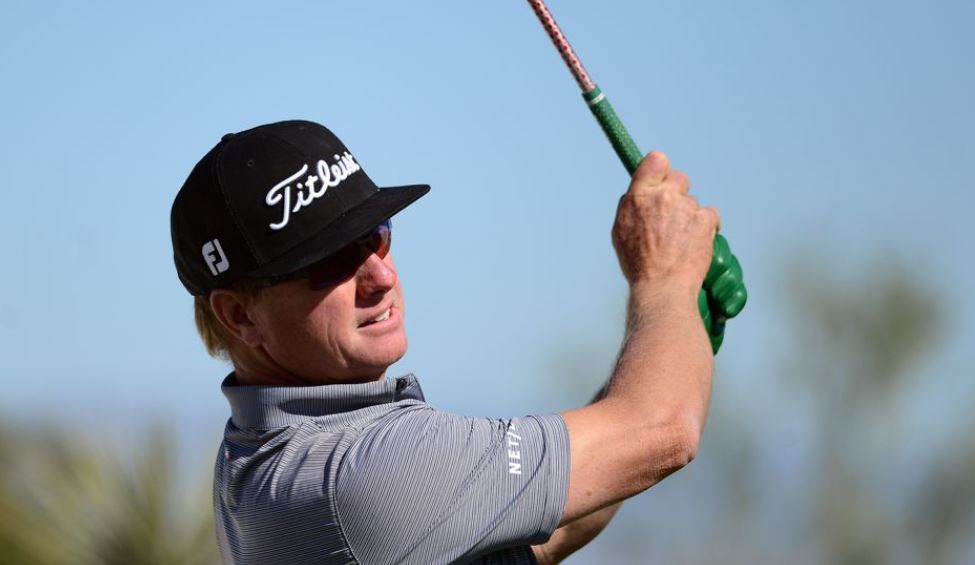 Charley Hoffman tees off on the first during the first round of the CJ Cup golf tournament. (Reuters Photo)

Charley Hoffman criticized the PGA Tour over social media after a rules issue cost him a penalty stroke on a drop in the second round of the Waste Management Phoenix Open.

Hoffman didn't stop there, as he criticized how the PGA Tour treats its players and said it's among the reasons why some golfers are considering playing on other tours.

The four-time PGA Tour winner hit his tee shot into the water at the par-5, 13th hole at the TPC Scottsdale on Friday. Hoffman, 45, then unsuccessfully dropped twice on the side of a hill before being allowed to place his ball on a small tuft of grass; however, it rolled back into the water.

That resulted in another docked shot for Hoffman, who took to Instagram later on Friday to tee off in a different manner.

"I was under the impression that the (USGA) had changed that rule," Hoffman wrote in his post. "I was wrong. Had to take another penalty for doing nothing wrong at all. Did everything by the book. It's still mind blowing that a group of amateurs rule the professional game of golf.

"I also blame the (PGA Tour) rules officials for putting out a terrible penalty area line where this could even happen. No accountability at any level here. No protection for the players at all. You wonder why guys are wanting to jump ship and go play on another tour. Players need transparency, protection and consistency. We don't have that under the current governing bodies."

Hoffman eventually made a double-bogey on the hole and carded a 1-over-par 72 for the day. He enters play Saturday with a 3-under par 139 after an opening-round 67, nine shots behind leader Sahith Theegala.

Hoffman, who is a member of the PGA Tour's policy board, added PGA Tour commissioner Jay Monahan to the conversation.

"Sorry Jay! We need to do better at all levels of the (PGA Tour)," Hoffman wrote. "Including myself who represent the players on the board of the Tour. If we don't we won't have a Tour any longer!

"Hopefully there will be a change soon."