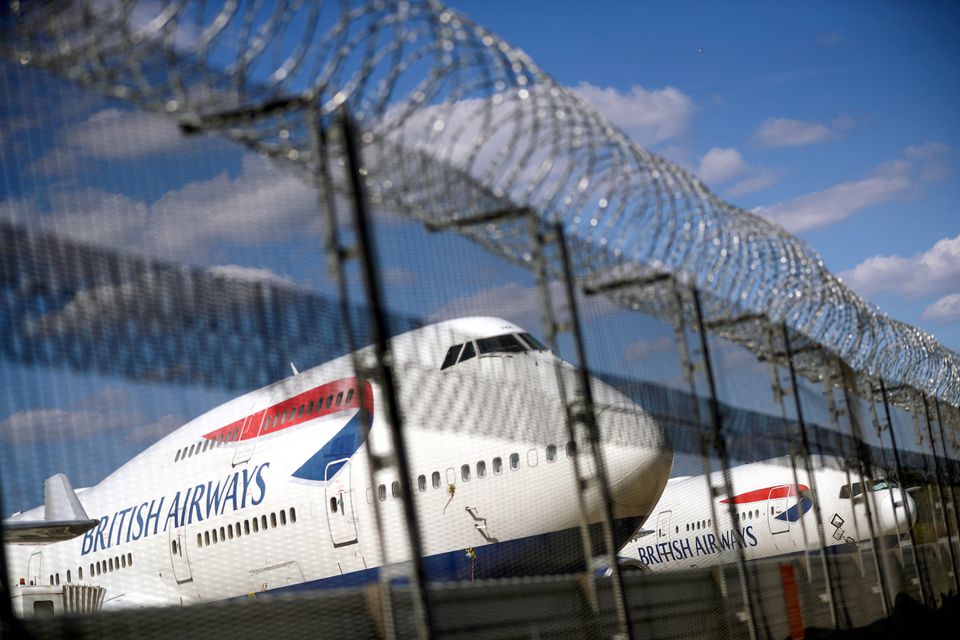 The airline said yesterday afternoon that its IT systems were back working again after technical issues, which it said were caused by a hardware issue and not a cyber attack.

The glitch affected the airline’s website, app and airport operations

BA said there continued to be some cancellations but the majority of flights were now taking off as planned.

Long-haul flights continued to operate with some delays, but all short-haul flights were cancelled until midday.

Passengers travelling from Gatwick or London City Airport also faced some delays due to the issues.

BA has been caught up in tit-for-tat bans by Russia and Britain that have stopped their respective national carriers from using each other’s airspace.

“We are extremely sorry that due to the continuing technical issues we are facing we have regrettably had to cancel all short-haul flights from Heathrow today until midday,” the airline said in a statement.

The airline said it was now aiming to complete the day’s flying programme and helping customers whose flights had been cancelled to rebook.

The major outage caused pile-ups of luggage and some customers were stuck on planes after landing at Heathrow.

BA said it knew it had “let customers down” and would do everything it could “to make this up to them”.

“But for now our focus is on getting as many customers and flights away as we can,” the company added.

It is giving customers on cancelled services the option of getting a full refund. Passengers due to fly on short-haul services from Heathrow yesterday could also choose to rebook for a later date, for free.

BA said it would be contacting customers “proactively”.

BA, owned by IAG, was hit by a major computer system failure in 2017 that stranded 75,000 passengers over a holiday weekend, sparking a public relations disaster and pledges from the carrier that it would do better in future.