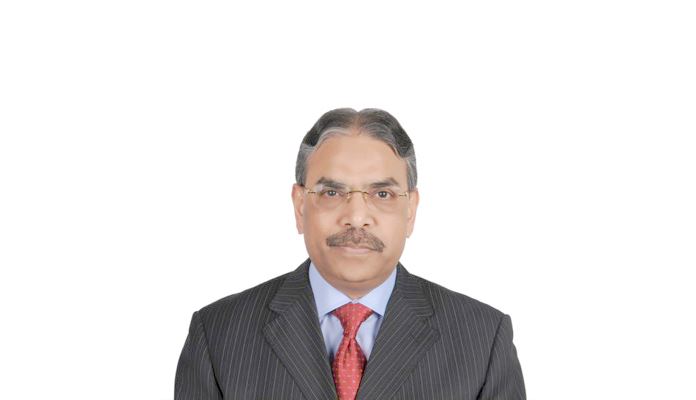 Al-Saqafa - Pakistan Association’s chairman Syed Altaf Azim has extended his greetings to the kingdom’s Pakistani community on the National Day of Pakistan.

“On March 22, 1940, while addressing the All India Muslim League annual session, the Quaid-e-Azam Muhammad Ali Jinnah formally declared the two-nation theory for Muslims living in the Indian subcontinent.

“This was the first formal recognition that the Muslims had diverse religious, social and cultural heritage. They were therefore entitled to have a separate homeland to freely practise their religious and social values.

“On March 23, 1940, Lahore resolution, now known as the Qarardad-e-Pakistan, was presented in the same annual session of the Muslim League. The resolution was presented by Maulvi Fazal-ul-Haq and was adopted by a heavy majority.

“Thereafter the Muslims of the Subcontinent further consolidated under the leadership of the Quaid-e-Azam and began their intense struggle for a separate homeland. We now remember its significance with reverence and celebrate the Pakistan Day on March 23 each year.

“Subsequently, it was recognised by all and agreed that two independent states would be formed. Thus, on August 14, 1947, Muslims of the subcontinent obtained their separate independent country, Pakistan, where they would live their lives in accordance with their own religion and culture.

“Pakistanis, whether living in Pakistan or abroad, are always proud of their social and cultural values and inheritance.

“They are always striving to promote these and actively protect their core. In foreign cultures the need for an energetic and concerted effort is all the more essential.

“In keeping with this spirit, Al-Saqafa – The Pakistan Association was founded in 1993 by a group of prominent Pakistanis led by Mohamed Afdhal Najeeb who felt that the community needed its own welfare organisation and a social and cultural forum.

“Being a small but an active forum, Al-Saqafa has held literary nights, BBQ night for members’ families, charity programmes and educational symposiums, and has sponsored scholarships for needy students.

“A significant part of its surplus from its programmes is donated to local charities and a small sum is retained for financing future events. Since its formation, Al-Saqafa has had the honour of inviting to Bahrain a number of the literary figures of Urdu language from Pakistan and India, including giants like Ahmed Faraz, Amjad Islam Amjad, Ahmed Nadeem Qasmi, Atta-ul-Haq Qasmi, Shahzad Ahmed, Murtaza Barlas, Qateel Shifai, Jagan Nath Azad, Hamayat Ali Shaer, Dr Peerzada Qasim, Abbas Tabish, Zahid Fakhri and many others.

“Al-Saqafa, is today, well known for organising highly entertaining social and cultural events in Bahrain. Within 26 years, the association has secured a prestigious place among the local social and cultural clubs by successfully presenting a number of literary symposiums and light classical musical programmes such as the Zia Mohyeddin show, an evening with Mushtaq Ahmed Yousufi, an evening with Anwar Maqsood and Tina Sani & Raat Gaye with Ammar Masood & Murtaza Barlas.

“Other programmes included Aahang-e-Barlas, Mazahiya Mushaira and an evening with Anwer Maqsood and Saadia Malik.

“The Qawali delight by Amjad Sabri and Aahang-e- Noor Pathan was organised successfully and most recently, an Urdu Poetry Evening Mehfil-e-Mushaira was held on March 6 at the Bahrain Cultural Hall under the patronage of the Pakistan Embassy Bahrain in celebration of 50 years of diplomatic relations between Bahrain and Pakistan. The programme was very successful.”