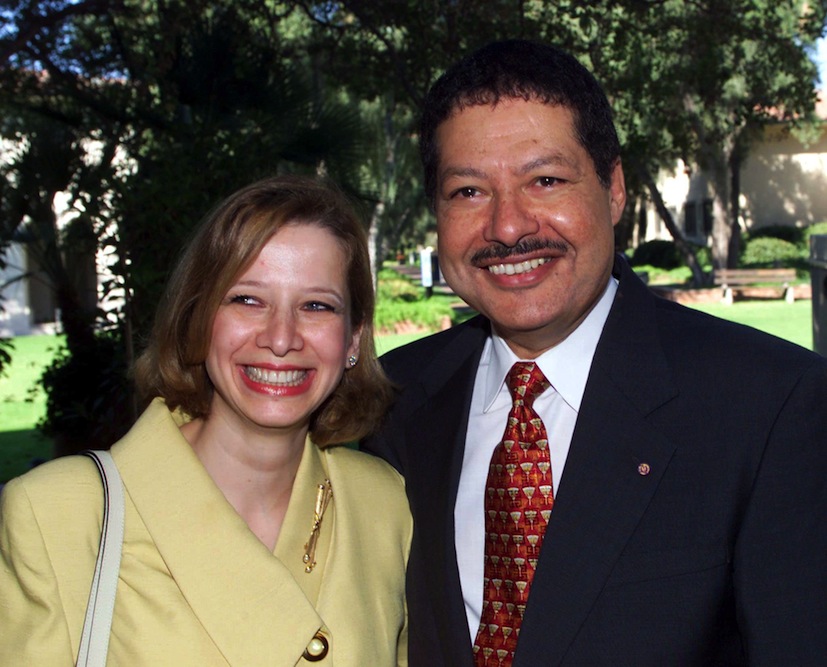 Zewail with his wife Dema at California Institute of Technology in 1999. (Reuters File Photo)

Pasadena, California: Ahmed Zewail, a science adviser to President Obama who won the 1999 Nobel Prize for his work on the study of chemical reactions over immensely short time scales, died on Tuesday. He was 70.

Zewail's death was announced by the California Institute of Technology in Pasadena, where he was Linus Pauling professor of chemistry and director of the Physical Biology Centre for Ultrafast Science and Technology.

Zewail was born in Egypt and lived in San Marino, a wealthy suburb of Los Angeles. Caltech had no information on cause of death or where he died. Egyptian media reported that it was in the US.

Over nearly 40 years at Caltech, Zewail and his students pioneered the field of femtochemistry, the use of lasers to monitor chemical reactions at a scale of a femtosecond, or a millionth of a billionth of a second.

Using Zewail's techniques, scientists can observe the bonding and busting of molecules in real time. The research could lead to new ways of manipulating chemical or biological reactions as well as faster electronics and ultra-precise machinery.

"If you can understand the landscape of a chemical change or a biological change, you might be able to alter the landscape," Zewail said after winning the Nobel Prize in chemistry.

Zewail helped develop four-dimensional electron microscopy, which can capture a real-time series of images of such fleeting processes that can be assembled into a sort of digital movie.

Zewail was born in Damanhur, Egypt. He joined Caltech in 1976.

"I never ever believed that one day I would get a call from Sweden as a boy," he said after receiving the Nobel. "I had passion about science. My mother said I was going to burn the house (with chemistry experiments)."

Zewail authored some 600 scientific articles and 16 books and was showered with honours from around the world, including France's highest honour, the Legion d'Honneur, and Egypt's Order of the Grand Collar of the Nile.

In 2009, the president named Zewail, a naturalised citizen, to the Council of Advisers on Science and Technology and later that year made him the first US science envoy to the Middle East.

He joined the UN Scientific Advisery Board in 2013.

In 2014, Zewail wrote an opinion piece for the Los Angeles Times that urged the US to avoid cutting aid to Egypt after a military coup that removed the elected president and replaced him.

Zewail argued that constructive engagement and use of US "soft power" such as trade agreements were important in keeping Egypt as a partner in the war on terrorism and other US interests.

In a statement, the American Chemical Society chief executive Thomas Connelly Junior described Zuweil as "an exemplar scholar and statesman who will be greatly missed."

Egyptian President Abdel Fattah Al Sissi expressed his condolences over the death, saying the country had lost a son and role model.

Egyptian media reported that Zewail's body would be flown to that country for burial.

Zewail is survived by his wife, Dema Faham, and four children.