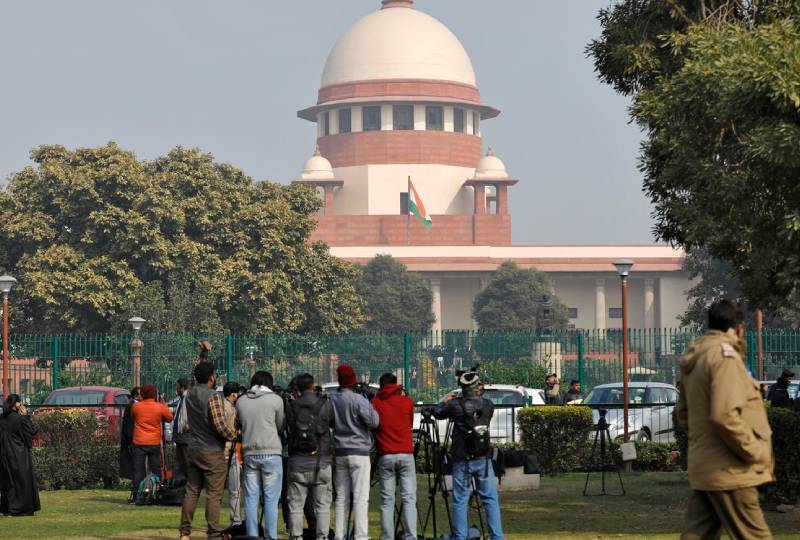 FILE IMAGE: Television journalists are seen outside the premises of the Supreme Court in New Delhi, India, January 22, 2020. Reuters Photo

India's Supreme Court on Wednesday barred the government from using a sedition law, that critics say is often used to stifle dissent, pending a review.

The 152-year-old law, which the British colonial government used against Mahatma Gandhi and other leaders of a campaign for independence, remained on the books after India's 1947 independence and has been used by governments since then.

"It will be appropriate not to use this provision of law until further re-examination is over," Chief Justice N V Ramana told the court after it ruled that all proceedings under the law, known as Section 124-A, "shall be kept in abeyance".

Prime Minister Narendra Modi's government had told the court this week it was reviewing the law, which says anyone bringing hatred or contempt, or incites disaffection towards the government, can be punished with up to life in prison.

The Law Commission of India and even the Supreme Court have at various times commented on what they have said was rampant misuse of the sedition law against social activists, writers and students.

The constitution guarantees freedom of speech and expression as a fundamental right to all its citizens.