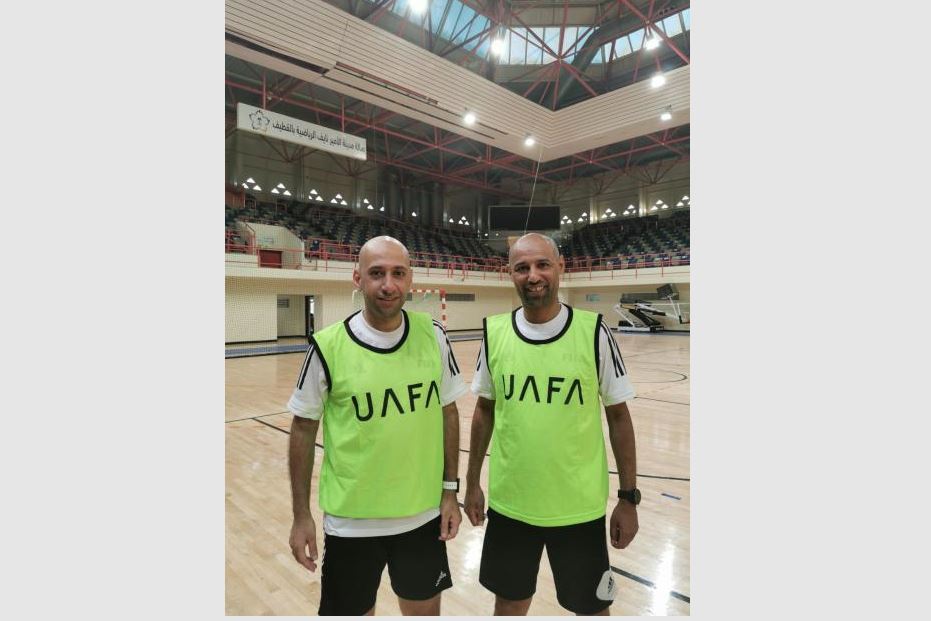 THE Arab Football Federation has assigned Bahrain’s international futsal referees Hussein Al Bahr and Osama Idris to officiate in the 2022 Arab Futsal Championship, which began in Saudi Arabia yesterday and will run until June 28 with the participation of 10 teams.

The two Bahrainis will be managing the event along with 14 other Arab referees.

The mandate issued by the Arab federation is an affirmation of the outstanding position enjoyed by Bahraini arbitration at all levels, including futsal referees, as Al Bahr and Idris are among the list of Asia’s elite futsal referees for 2022, and have already managed many important matches at various levels, most notably in the 2021 Futsal World Cup, a statement from Bahrain Football Association said.

BFA added that their presence in the championship is a continuation of the many successes achieved by Bahraini referees at the international level. Both passed the fitness test, which was held before the tournament kicked-off.