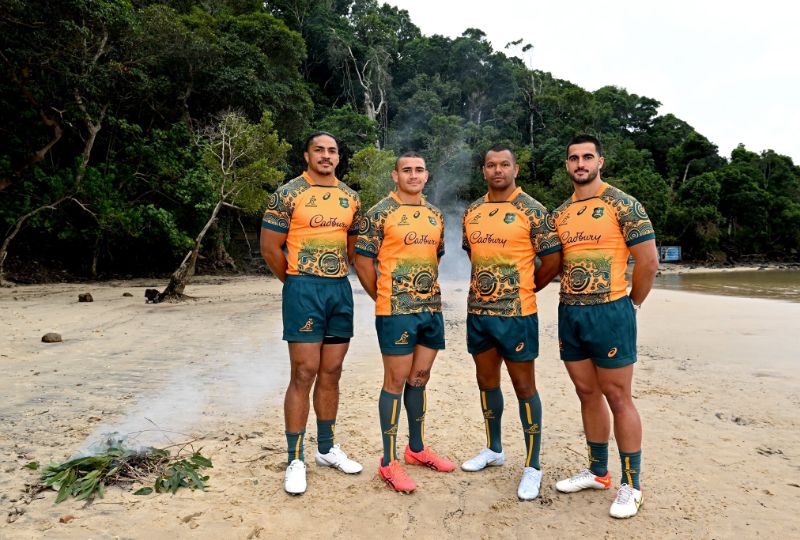 SYDNEY: The Wallabies will wear a special shirt with an indigenous design and sing the national anthem in the language of the local First Nation's people ahead of the second test against England in Brisbane on Saturday.

The anthem will be sung in the Yugambeh language in honour of the late Lloyd McDermott, the first Wallaby to identify as an indigenous Australian and founder of the "Lloydies" development team that worked to spread the game among his people.

The anthem, Advance Australia Fair, was previously sung in the tongue of the Eora nation -- the indigenous clans of the coastal area around Sydney -- ahead of a test against Argentina at Parramatta Stadium in 2020.

Wallabies coach Dave Rennie, a New Zealander with Cook Islands heritage, said the team were proud to mark NAIDOC week, which celebrates the history, culture and achievements of Aboriginal and Torres Strait Islander peoples, in this way.

"We put a lot of time into understanding who we play for and who we represent and the privilege to play for Australia isn't lost on us," he said. Rennie led Australia to their first win over England since 2015 in the opening match of the three-test series in Perth over the weekend.