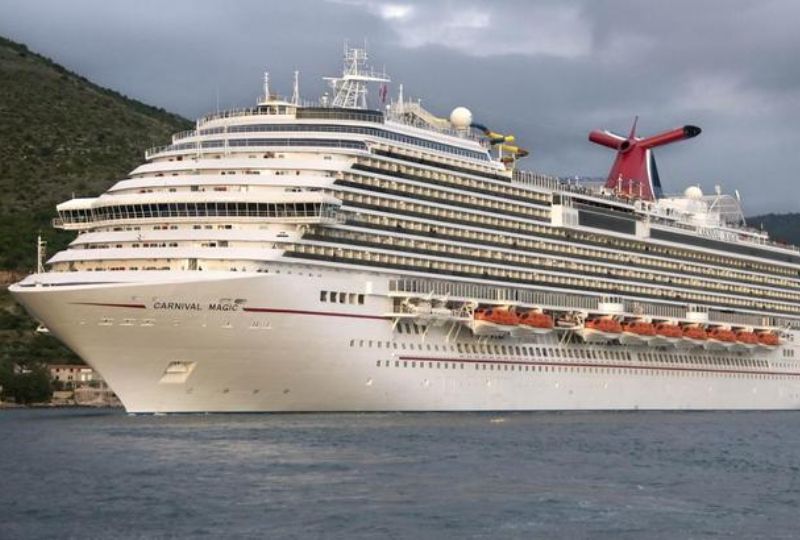 Most cruises are a great way to relax and enjoy the sights while being rocked with the gentle sway of the ocean.

But for the passengers of Carnival Magic, it was anything but relaxing.

The ship, which was returning from an eight-day round-trip voyage to the Caribbean, was near the Verrazano Bridge, which connects Brooklyn to Staten Island when a 60-person brawl reportedly broke out.

The cause for the fight was an alleged romantic tryst between three of the passengers on the cruise. Once the fight started, it soon ballooned to include nearly 60 passengers.

According to a passenger on the cruise, the fight lasted for nearly an hour and moved from the fifth floor to the first floor.

The carnivals security team was eventually able to stop and separate the passengers, but they still had to call the US Coast Guard to escort the ship to shore.

When the ship docked in Manhattan on schedule on Tuesday morning, New York police were waiting at the terminal.