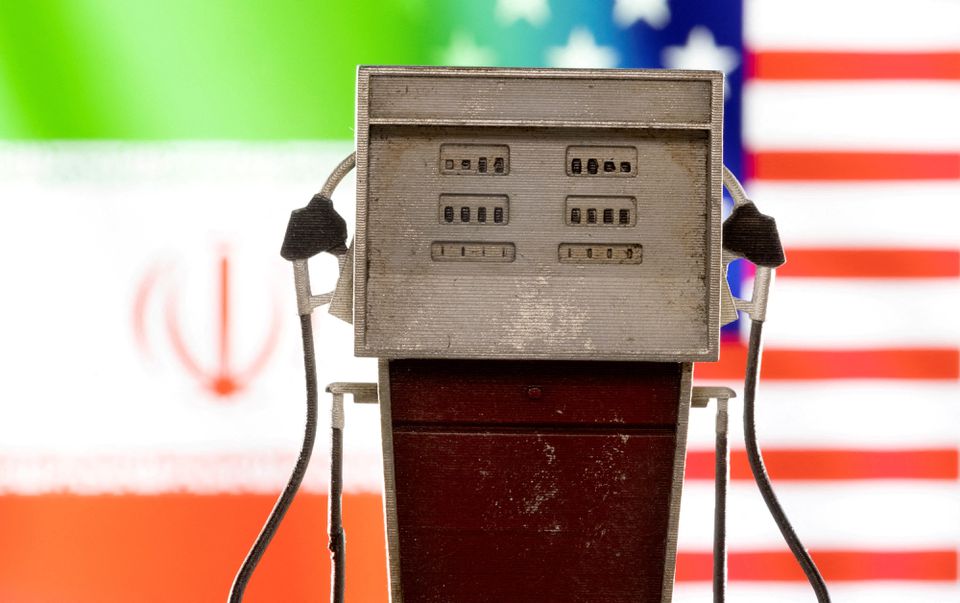 Model of petrol pump is seen in front of U.S. and Iran flag colors in this illustration taken March 25, 2022. REUTERS/Dado Ruvic/Illustration

WASHINGTON: The US yesterday imposed sanctions on Chinese and other firms it said helped to sell tens of millions of dollars in Iranian oil and petrochemical products to East Asia as it seeks to raise pressure on Tehran to curb its nuclear programme.

The US Treasury and the US State Departments imposed sanctions on a total of six companies, four based in Hong Kong, one in Singapore, and one in the UAE in actions that were announced in separate statements.

The Treasury accused Persian Gulf Petrochemical Industry Commercial Company, one of Iran’s largest petrochemical brokers, of using the firms to facilitate the sale of Iranian petroleum and petrochemical products to East Asia.

The Treasury targeted UAE-based Blue Cactus Heavy Equipment and Machinery Spare Parts Trading, which it said helped sell millions of dollars of Iranian-origin petroleum products to Hong Kong-based Triliance Petrochemical Company Limited, which has previously been sanctioned by the US.

The actions freeze US-based assets and generally bar Americans from dealing with them. Others that engage in certain transactions with the targeted firms also risk being sanctioned.

l An Iranian-American journalist and women’s rights activist said it was “shocking” to learn that a man had been arrested last week with a loaded AK-47 rifle outside her Brooklyn, New York, home.

The journalist, Masih Alinejad, last year was said to be the target of a Tehran-backed kidnapping plot. Alinejad has promoted videos of women violating Iran’s head covering law to her millions of social media followers.

Khalid Mehdiyev spent two days last week outside the home, and at one point attempted to open the door, an FBI agent wrote in a complaint filed in Manhattan federal court on Friday. Police stopped him after he ran a stop sign and found the gun in the back seat of the car, according to the complaint.