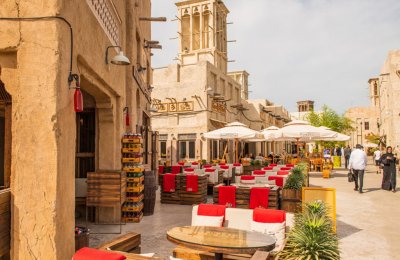 Dubai’s tourism and hospitality sector continued its recovery in June, with more than double the number of international visitors to the emirate than in June 2021. However the numbers were 15 % less than the H1 2019 levels,a report said.
In the first half of this year, 7.12 million people visited Dubai (staying at least one night), up 183% yoy, according to an Emirates NBD report.
India remains the largest source market in the first half of this year, having been briefly displaced from the top spot in February by Saudi Arabia. Oman was in second place followed by Saudi Arabia and the UK.
Pent-up demand in GCC states has resulted in a surge in visitors from within the region compared with H1 2021, when many travel restrictions were still in place. Russia is in fifth place, with 309,000 visitors in the first six months of the year. However, the number of visitors from Russia has declined since March, following the outbreak of the war in Ukraine, the report prepared by Khatija Haque said.
Hotel occupancy declined to 63% in June from 73% in May.  For the first half of 2022, hotel occupancy averaged 73.5% in Dubai, only slightly below H1 2019 (75.1%) and a significant improvement on 2020 and 2021. Importantly, revenue per available room (RevPar) rose to $147 in H1 2022, 21% higher than H1 2019 despite a 22% increase in the number of hotel rooms in the emirate since then.
The rebound in tourism to Dubai is in line with broader trends in international air passenger traffic this year, as global restrictions on travel have eased.  Data from IATA show that global air passenger volumes were just 30% below 2019 levels in June, having gradually recovered from mid-2020.
Asian markets have been relatively slow to recover, with international travel restrictions in key markets such as China still in place or easing only gradually. However, as these Asia Pacific markets do reopen for international travel, demand from these regions may help to offset the headwinds posed by higher inflation and borrowing costs in other markets, the report said.
While tourism in Dubai in H2 is likely to be buoyed by the world cup in Qatar later this year, and the above-mentioned broader recovery in international travel, the strength of the dollar may prove a headwind for firms in the UAE, it said.
Around half of Dubai’s international visitors come from emerging markets where currencies have depreciated this year, making Dubai a relatively more expensive destination than Europe, the UK and Asia. High inflation and borrowing costs have also eroded purchasing power for consumers globally and may weigh on tourism demand in H2 2022, the report added.  -TradeArabia News Service