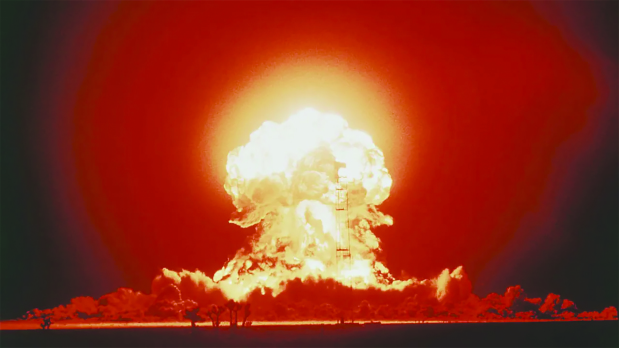 More than five billion people would die as a result of a full-scale nuclear war between Russia and Ukraine, says the study

NEW YORK: More than five billion people would die of hunger as a result of a full-scale nuclear war between the US and Russia, according to a new study.

The results of such a conflict would be catastrophic for food production, climate scientists at Rutgers University have found in a peer-reviewed study published in the context of the war in Ukraine.

Rutgers is one of the oldest, largest, and top-ranked public university in America.

“The data tell us one thing: We must prevent a nuclear war from ever happening,” said one of the authors, Sky News quoted Professor Alan Roebuck as saying.

The warning comes as “humanity is just one misunderstanding, one miscalculation away from nuclear annihilation”, according to UN secretary general Antonio Guterres.

Ukrainian and Russian-installed officials reported shelling near the Zaporizhzhia nuclear plant in southern Ukraine yesterday, with both sides blaming each other after the International Atomic Energy Agency (IAEA) warned of disaster if the fighting does not stop, according to a Reuters report.

Russia and Ukraine have traded accusations of shelling near the plant in recent days amid fears of a nuclear catastrophe at the complex, which dominates the south bank of a vast reservoir on the Dnipro River.

Rafael Grossi, director-general of the IAEA, has described recent shelling at Europe’s biggest nuclear plant as ‘out of control’ and ‘extremely serious’.

The UN has the logistics and security capacity to support a visit by the IAEA inspectors to Ukraine’s Zaporizhzhia plant if both Russia and Ukraine agree, UN spokesman Stephane Dujarric said yesterday.

He was responding to an accusation by Russia that UN Security Council had blocked a visit by IAEA inspectors to the plant, which Russia seized in March following its invasion of Ukraine.

The new study, published in the journal Nature Food, has calculated how much sun-blocking soot would enter the atmosphere as a result of firestorms created by the detonation of nuclear weapons.

They considered six scenarios involving nuclear arsenals of different sizes, five based on smaller conflicts between India and Pakistan, and one based on a war between the US and Russia.

Even the smallest scenario caused famine, with the global average caloric production decreasing by seven per cent within five years of the conflict.

In the largest scenario, a full-scale nuclear conflict, the global average caloric production decreased by about 90pc between three and four years after fighting.

The enormous decline in crop yields would cause billions of people to starve to death, 75pc of the world’s population, within two years.

According to the researchers, the disruption of global food markets from even the smallest scenario – the drop of 7pc – would be larger than the greatest anomaly ever recorded.

Although the study focused just on how many calories were being produced globally, humans also need proteins and micronutrients to survive, and these are also likely to be significantly affected.

The nuclear war would have an even greater impact on climate change, according to Lili Zia, an assistant research professor at Rutgers.

“The ozone layer would be destroyed by the heating of the stratosphere, producing more ultraviolet radiation at the surface, and we need to understand that impact on food supplies,” she said.

The study uses ‘state-of-the-art climate, crop, and fishery models’ to ‘calculate how the availability of food could change in the world under various nuclear war scenarios’.

It measures how food availability could be impacted by export restrictions as well as the actual reduced yields of crops, and even accounts for countries reprocessing livestock feed so that it could be used to feed humans.

It warns: “Even for a regional nuclear war, large parts of the world may suffer famine.”

Curiously, in the scenario analysed by the researchers, one country’s caloric production would either increase or face only small reductions in the case of a full-scale nuclear war: Australia.

The study does not account for other aspects of global food supply which would be impacted by nuclear war including the availability of fuel and fertiliser.

Such a war would also likely impact the infrastructure for food production, could increase ultra-violet radiation which may impact food production, and also lead to radioactive contamination.