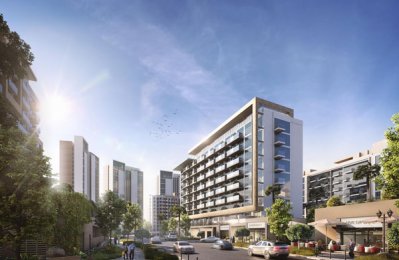 The Riviera project
Azizi Developments, a leading private developer in the UAE, has reached a AED20 million ($5.45 million) deal with Naffco for the supply of high-quality firefighting systems for its mega-projects Riviera and Park Avenue.
Naffco will provide high-end fire alarms, central batteries, sprinklers, pump rooms, fire separation systems, fire extinguishers, hose reels and cabinets, to both the projects situated in the highly sought-after Mohammed Bin Rashid (MBR) City.
Naffco is renowned for its market-leading firefighting equipment, fire protection systems, fire alarms, addressable emergency systems and security systems. With over 15,000 team members, including 2,000 engineers and over 6 million sq ft of manufacturing facilities, the company is currently exporting to over 100 countries.
Safety vital
In his comments, Farhad Azizi, CEO of Azizi Developments, said: “Safety is, of course, a vital aspect of - and central, fundamental consideration in - real estate development. We are delighted to partner with Naffco, one of the world’s leading producers and suppliers in this realm. Its high-quality fire safety systems are among the best in the world, with this manufacturer having built a solid, far-reaching reputation for itself.”
Riviera is part of Azizi Developments’ award-winning portfolio. It is a premium waterfront lifestyle destination located in the heart of MBR City that is planned to comprise 75 mid-rise buildings with approximately 16,000 residences upon its completion. The project is conveniently located in the midst of all the business, leisure, and retail hubs of the city.
Designed to introduce the French-Mediterranean lifestyle to Dubai, which is not merely about architectural art but also about a certain ‘joie de vivre’ — a celebration of life, Riviera represents a new landmark destination that is both residential and commercial, with an abundance of retail space.
Coveted project
With its strategic location near the upcoming Meydan One Mall and the Meydan Racecourse, the home of the Dubai World Cup as well as Dubai’s most noteworthy points of interest, Riviera represents one of Azizi Developments’ most coveted projects.
Park Avenue comprises 372 residential and 29 retail units, with each of the three buildings having its own fully equipped gym and swimming pool. Work is progressing swiftly, with the structure of Park Avenue I now being 84% complete and Park Avenue II and III’s structures now having reached 96% and 97%, respectively. The total workforce also increased to 340 to further accelerate construction.
Built around the concept of connected serenity, Azizi’s Park Avenue project is the epitome of a strategic, easily accessible and convenient location that is its own little getaway within the city. Surrounded by greenery and within proximity to Azizi’s French Mediterranean-inspired master-planned community, Riviera, the upcoming Meydan One Mall, the Meydan Grandstand, The Track, and only a 10-minute-drive to Dubai Mall and Downtown Dubai, these contemporary homes are ideally located for those seeking access to some of the city’s most vibrant points of interest while also basking in the tranquillity of their own community with panoramic views of Dubai’s skyline.-- TradeArabia News Service