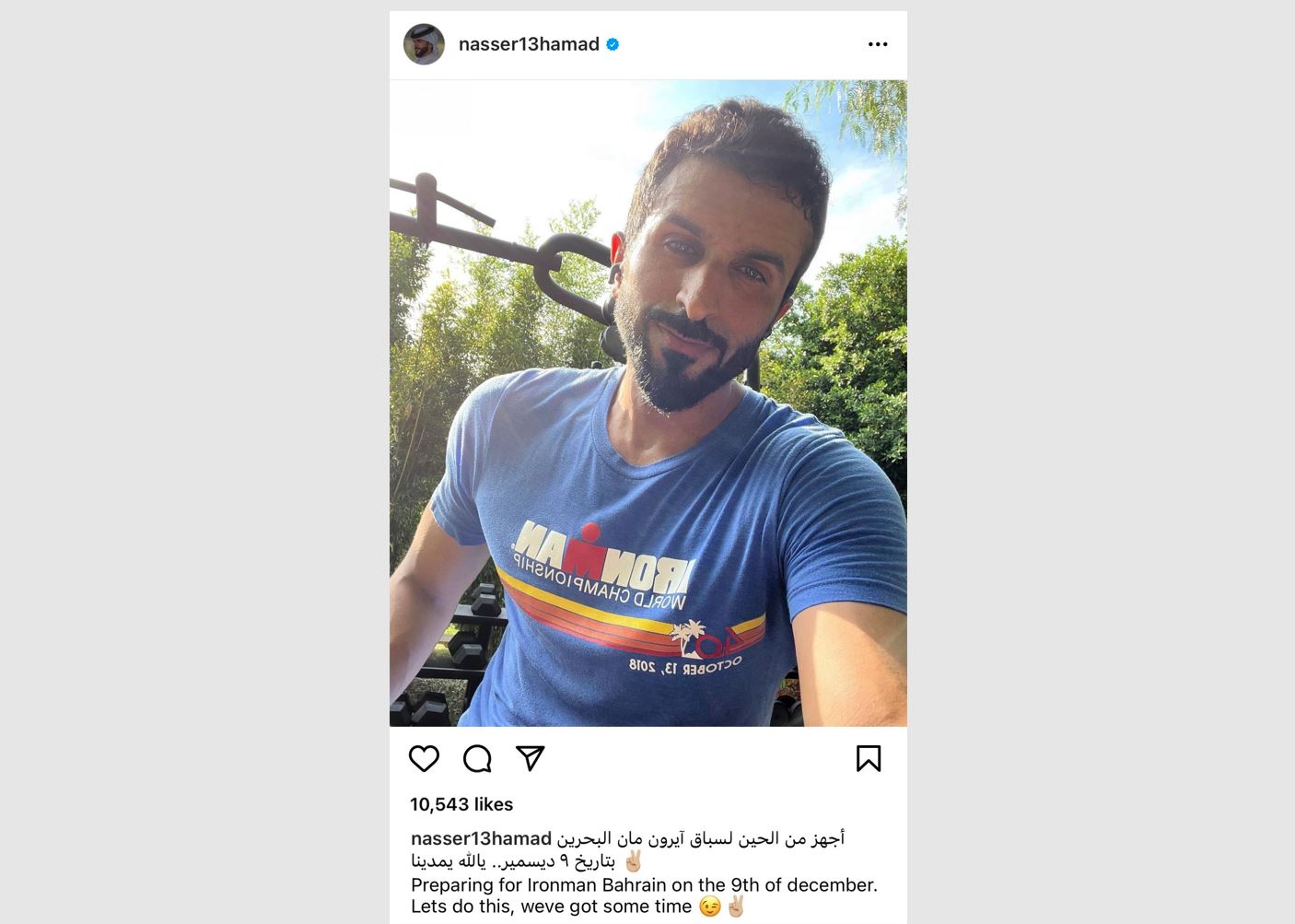 His Majesty King Hamad’s representative for humanitarian work and youth affairs Shaikh Nasser bin Hamad Al Khalifa has announced his participation in the Ironman 70.3 Middle East Championship Bahrain through a photo posted on his personal Instagram account.
“I am preparing from now for the Ironman Bahrain race on December 9,” Shaikh Nasser said in the photo caption.
Shaikh Nasser also posted a video on his account depicting his training for the Ironman 70.3 championship.
The championship is returning after a halt caused by the Covid-19 pandemic.
Shaikh Nasser’s photo has gone viral, and many social media followers have wished him success in the event.