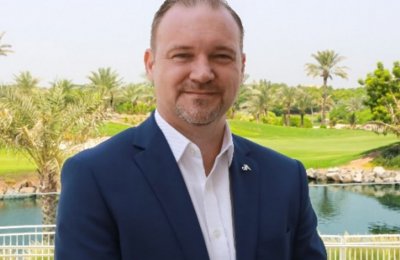 A legacy UAE brand, JA Resorts & Hotels, which has a portfolio of nine distinct properties across the UAE and Indian Ocean, has promoted William-Harley Fleming to Vice President of Operations.

William has been with JA Resorts and Hotels for over 15 years and brings with him a strong foundation of dynamic and result-driven hospitality experience within the Middle Eastern, Asian, and European markets.

William advanced through the Group's ranks from Corporate Food and Beverage Concept Director in 2007 to his first General Manager role at the age of 30. Since then, he has developed steadily, holding General Manager roles at the JBR belt of properties in Dubai, which include the JA Ocean View Hotel, JA Oasis Beach Tower, and JA Manafaru – the award-winning property located in the Maldives.

He has spent nearly five years as Cluster General Manager at JA The Resort prior to his most recent position as Vice President Operations. William oversaw JA The Resort in Jebel Ali, a one-million square meter expansive resort, throughout his time there.

In his role as Cluster General Manager of the group's premier destination resort, he managed a total of 799 rooms and suites, three distinct brands, 23 restaurants and bars, a 9-hole championship golf course, a sizable equestrian center, four floodlit tennis courts and a tennis academy, squash courts, badminton courts, a padel tennis court, a watersports center, a private 100-berth full-service marina, Dubai's only authorized public shooting club, an award-winning spa, and a 1,100m2 bio-garden dedicated to sustainability and education, as well as many other facilities within the expansive resort.

William is passionate about corporate social responsibility in addition to promoting exceptionally high levels of repeat business and the ultimate guest satisfaction experience. He has led numerous initiatives and actively supports the environmental goals of DTCM and the Dubai Government. In 2019 and under the leadership of William, DTCM recognized JA The Resort with the Most Sustainable 5-Star Resort award.