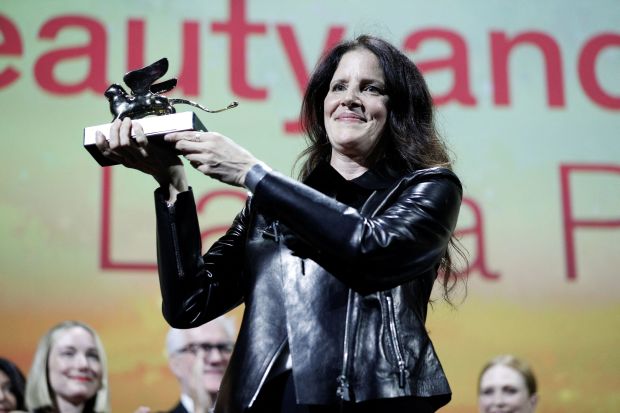 “All the Beauty and the Bloodshed”, a documentary about U.S. photographer Nan Goldin and her fight against the wealthy Sackler family, won the top Golden Lion award at the Venice Film Festival on Saturday.

Made by investigative journalist Laura Poitras, the film interweaves the remarkable story of Goldin’s life with her campaign to hold the Sacklers and their pharmaceutical firm accountable for the US opioid crisis.

It is only the second time in the 79-year history of the film festival, often seen as a launch pad for Oscar hopefuls, that the main prize has gone to a documentary.

The best actress award went to Australian Cate Blanchett for her performance in TÁR, while the best actor award was given to Ireland’s Colin Farrell for his part in the tragicomedy The Banshee Of Inisherin.

The runner-up Grand Jury prize went to an intense French courtroom drama Saint Omer, by director Alice Diop making her debut in fiction after a string of documentaries.

All the Beauty and the Bloodshed beat out a string of more high-profile rivals, including a quartet of movies by US streaming giant Netflix and well-considered European dramas.

The documentary draws on many of Goldin’s images from her acclaimed slide show, The Ballad of Sexual Dependency, which documented New York subcultures from 1979-1986.

But Goldin says her career almost came to an end in 2014 when she got addicted to the OxyContin painkiller, made by the Sackler’s Purdue Pharma, which was given after an operation.