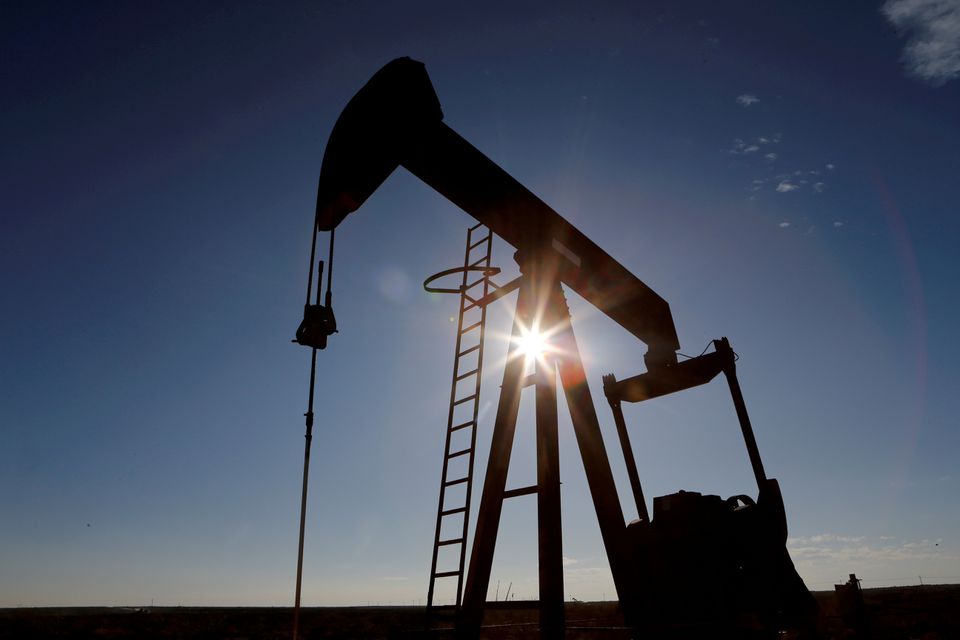 The sun is seen behind a crude oil pump jack in the Permian Basin in Loving County, Texas, U.S., November 22, 2019. REUTERS/Angus Mordant

LONDON: Oil prices have tumbled by around a quarter in the past three months, largely due to fears of a prolonged slump in global energy demand. But no major forecaster is actually predicting one.

Two of the most closely followed predictors of global oil demand, the Organisation of the Petroleum Exporting Countries (Opec) and the International Energy Agency (IEA) – the West’s energy watchdog – see it growing by between two per cent and 3pc this year and next.

That’s nearly double the yearly average in the decade before the Covid-19 pandemic struck in 2020, when annual growth in global oil consumption averaged 1.2 million barrels per day (bpd).

Despite economic storm clouds from Beijing to Washington, neither forecaster expects the post-pandemic rebound in oil consumption to be significantly marred by a possible recession.

“We are still optimistic,” Opec’s new secretary general Haitham Al Ghais said last month. “In 2023, there will be a slowdown in growth but it will not be something that we currently anticipate to be lower than historical norms.”

Generally bullish, the group of 13 oil exporting nations predicts an increase in demand of 3.1m bpd this year and 2.7m next year.

The IEA – which acknowledged this week that demand growth would stall in the final three months of this year – still expects a 2m bpd rise in oil consumption overall in 2022, to be followed by 2.1m in 2023.

And major Wall Street banks are striking a similar tone. Investment bank Goldman Sachs forecast in August that demand would rise next year by 2m barrels – despite the signs of an economic slowdown from China, to Europe and the US.

JP Morgan, meanwhile, reaffirmed this week that growth in oil demand would remain resilient, citing “our expectation that the global economy will stay out of recession”.

In oil markets, the mood has been darker. Pushed briefly to near $140 per barrel in March by Russia’s invasion of Ukraine, prices have suffered the biggest 90-day fall since the start of the Covid pandemic – and, before that, the major plunges of 2014-15 and 2008-09.

For Swiss asset manager Julius Baer – whose view that the price of benchmark Brent crude oil will average $95 this year is among the most bearish – the equation is simple: supply is outstripping demand.

In addition to strict Covid-19 curbs in many Chinese cities that have slowed economic activity, oil demand there has been undercut recently by temporary refinery maintenance, industry experts note.

Neil Crosby, senior oil analyst at consultancy OilX, noted that major forecasters like the IEA have downgraded their outlooks for oil demand slightly but that bearish investors were pricing in a much more drastic impact from the slowdown.

“Nobody is acutely wrong per se, but inevitably at some stage these two signals will have to converge and likely somewhere in the middle,” Crosby said.

A global recession remains possible, according to the International Monetary Fund. The US has passed through two quarters of negative growth and Chinese growth remains hobbled by Covid-19 restrictions and a property crisis.

Fuel use in the Organisation for Economic Co-operation and Development group of prosperous nations is expected to decline in the second half of this year, the IEA said in its monthly oil report this week.

But that will be compensated somewhat by rising demand for jet fuel for air travel and a shift toward using more oil for power generation, as Russia turns off the gas taps to European nations, the IEA said.

Demand growth this year was mostly concentrated in the first half, an IEA spokesperson said. The spokesman added that its forecast for robust demand growth next year was based partly on expectations that Covid restrictions in China will be eased and the world’s second-largest economy will come bouncing back.

In another positive signal for demand, US refiners including Marathon and Valero told investors last month they plan to run near full-throttle to replenish fuel inventories that have been drawing down to near-historic lows all year.

There are signs that some market participants may be seeking to buy the price dip, encouraged by developments such as the dimming prospect of a nuclear deal for Iran that would have returned large volumes of oil supply to international markets.

“Recent geopolitical developments ... should be bullish for energy, but prices have yet to respond,” JP Morgan said. “We advocate buying the dip”.

Key to the oil market’s outlook may be top fuel importer China, where the economy slowed in July, with factory and retail activity squeezed by Beijing’s zero-Covid policy and a property crisis.

Ed Hirs, an energy economics professor at the University of Houston, said that Chinese refinery maintenance over the summer and not economic malaise could explain reduced imports and may have temporarily helped depress global prices.

“The sell-off and the price fall really relates to China not soaking up 750,000 barrels a day of crude for the last month and a half ... for an almost 0.75pc drop in (global) demand, you would see the price go down by 15-20pc. So that’s about right.”