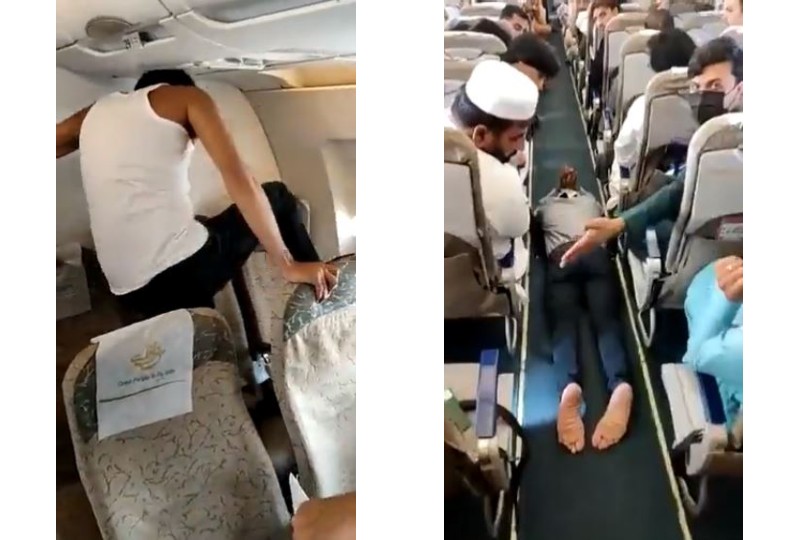 Cabin crews on flights are trained to handle any and all situations that they may experience.

But the cabin crew on Pakistan International Airlines'(PIA) Peshawar to Dubai flight came up against a particularly unruly passenger.

PIA flight PK 283 had just taken off from Peshawar when a male passenger started getting distressed and demanded that he be let out. When he was told that it was not possible to let him out now, the man started yelling, punching the seats and even damaged a window shutter.

In videos posted to Twitter, the cabin crew can be attempting to calm the man down before and asking him to stop yelling before he climbs on a seat and proceeds to kick a window. In other videos, the man can be seen lying face down in the lane of the plane, apparently praying.

#Watch: In a shocking incident, a passenger on a #Pakistan International Airlines (#PIA) #Peshawar to #Dubai flight created chaos midflight when he started kicking the aircraft's window, punching seats, and indulging in a brawl with the flight staff. @odysseuslahori @BushraGohar pic.twitter.com/sW1ILpUz5f

According to reports, the passenger was tied down to his seat for the rest of the flight in accordance with aviation law. The man was then taken in by security personnel once the plane landed in Dubai. According to PIA officials, the man has been blacklisted.