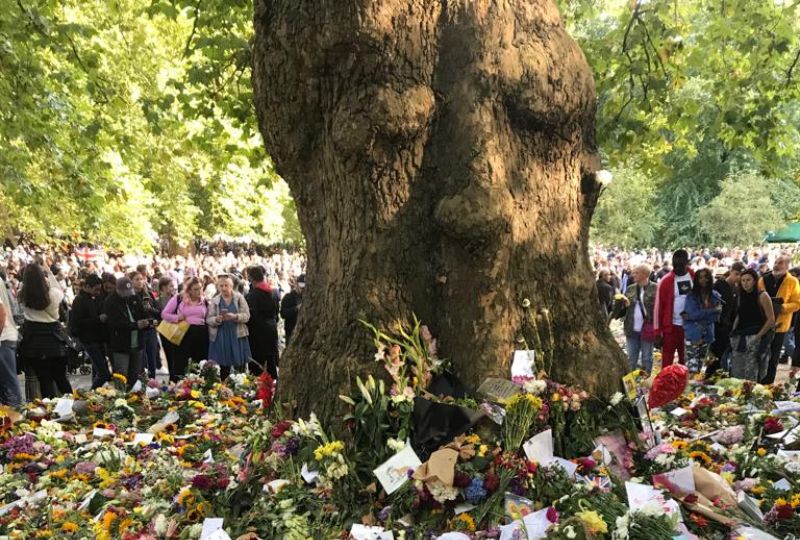 A majestic face has appeared on the trunk of a tree surrounded by floral tributes laid down by members of the public for Late Queen Elizabeth II whose funeral service took place yesterday.

Green Park has been the primary location for laying flowers near Buckingham Palace. The park is also the final destination for tributes left elsewhere in London, which park workers have been bringing over.

It appears someone is looking down and smiling in appreciation in this photograph taken by London resident Roger Bigg.