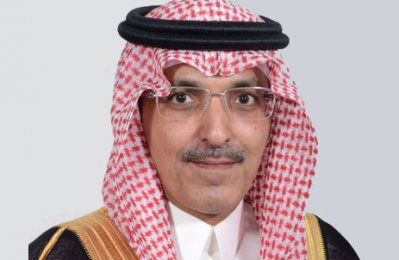 Mohammed bin Abdullah AlJadaan
Saudi Arabia expects a total spending of SR1.114 trillion ($296.5 billion) and total revenues of SR1.123  trillion ($298.9 billion) in the fiscal year 2023, according to the pre-budget statement issued by the Ministry of Finance.
The statement estimates a surplus of SR9 billion, representing 0.2% of the total GDP, with the continuation of work to raise the efficiency and effectiveness of spending and fiscal control, a Saudi Press Agency report said.
The kingdom will also continue to efforts to strengthen its fiscal position, implementing economic and fiscal reforms, achieving the goals of Vision 2030, its programmes, initiatives and major projects. It will also promote the growth of local investment by building partnerships with the private sector, the statement said.
The pre-budget statement for the fiscal year 2023 reflects progress in implementing programmes and projects that support economic growth and diversification, improving public services, and enhancing welfare programmes and social protection systems, while preserving the gains made during previous years in public finance.
Finance Minister Mohammed bin Abdullah AlJadaan pointed to the development of the public finance structure in the Kingdom over the past years, as the government succeeded in achieving the main objective of fiscal reforms in its first phase within the Fiscal Balance Program, which aimed to control high rates of deficit to reach fiscal balance in the medium term.
The second phase of fiscal reform was launched under the name of Fiscal Sustainability Program, which aims in the medium and long term to maintain sustainable fiscal indicators, through spending levels that are stable and directed to strategic spending that supports structural change in the economy to achieve the objectives of the Kingdom’s Vision 2030 and within a framework that ensures the maintenance of sustainable levels of public debt and government reserves.
He added that despite the fears and crises the world is witnessing and the accompanying challenges and their impact on the global economic slowdown, the decline in growth rates during the pandemic was limited compared to other countries in the world during 2020, followed by a positive growth of 3.2% during 2021, and a high growth rate during the first half of 2022, which is the highest in more than 10 years.
He pointed out that the positive expectations of the Saudi economy for 2023 are an extension of the positive developments in actual performance during the first half of 2022. Initial estimates indicate a growth of real GDP by 3.1%, supported by the growth of the GDP of non-oil activities, with the private sector continuing to lead economic growth.
The Minister of Finance explained that the remarkable and expected recovery in the Kingdom's economy and the continuation of the implementation of the initiatives and structural reforms during the past years will lead to an improvement in economic activity and ensure its sustainability in the medium term.
He said the total revenues will reach SR1.205 trillion in 2025 and expenditures will hit SR1.134 trillion in 2025.
He said the likely surpluses will be directed to enhance government reserves and support national fund.