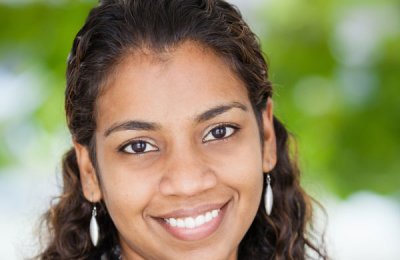 Shelly Trench
It will take $60-85 billion invested across four key value streams, plastic, concrete and cement, metal, and bio-waste over the next 20 years to meet waste management targets throughout the GCC region, says a report. This investment would cover design, collection, sorting, and recycling investment across these four key waste streams.
According to a new report by Boston Consulting Group (BCG) in collaboration with the World Business Council for Sustainable Development (WBCSD) titled “Recycling in the GCC: Securing Valuable Resources for a Sustainable Future”, finds that securing finite resources for future generations and minimising environmental impact will depend on further increasing waste collection and recycling targets globally as well as across the GCC.
The GCC generates between 105 and 130 million tonnes of waste per annum, primarily from Municipal Solid Waste (MSW), Construction and Demolition Waste (CDW), and agricultural waste, with the Kingdom of Saudi Arabia (KSA) and the UAE accounting for approximately 75%.
Increasing circularity
“Meeting bold targets and increasing circularity in the GCC region will yield multi-dimensional benefits. Beyond the obvious environmental value, the transition to a circular economy promises economic gains linked to job creation, economic growth, self-sufficiency, and independence from external regulatory pressures,” said Shelly Trench, Managing Director and Partner, BCG.
Optimising circularity can moreover increase GDP by approximately $95-105 billion across the GCC from the four key waste streams, and therefore accelerate economic diversification away from fossil fuel resources. It will increase independence from environmental regulatory pressures on key regional export goods.
Circularity also supports economic independence from imported goods such as fertiliser through bio-waste recycling.
Job creation
Increasing waste circularity also aligns with environmental and economic benefits since recycling creates over 50 times as many jobs as landfills and incinerators. Looking ahead, given additional waste volumes of approximately 255 million tonnes across the four key waste streams, making up 75% of all waste streams to be recycled in 2040 across GCC, this means potential for at least 200-300 thousand jobs in the GCC.
“It is estimated that contributing to such global targets is crucial as 80-90% recycling would not only save up to 1.5 billion tonnes of CO2 emission by 2040 in the GCC, helping to reduce global warming, but also protect nature through the conservation of water, land, and biodiversity. Quality of life in the GCC could also be enhanced through reduced air pollution and cleaner, more livable surroundings,” said Stefano Castoldi, Principal, BCG.
“These targets positively acknowledge the challenges ahead. They are ambitious considering that it has taken some G20 countries 20-25 years to achieve such high landfill diversion targets from a starting point comparable to that of the GCC today,” concluded Trench.-- TradeArabia News Service