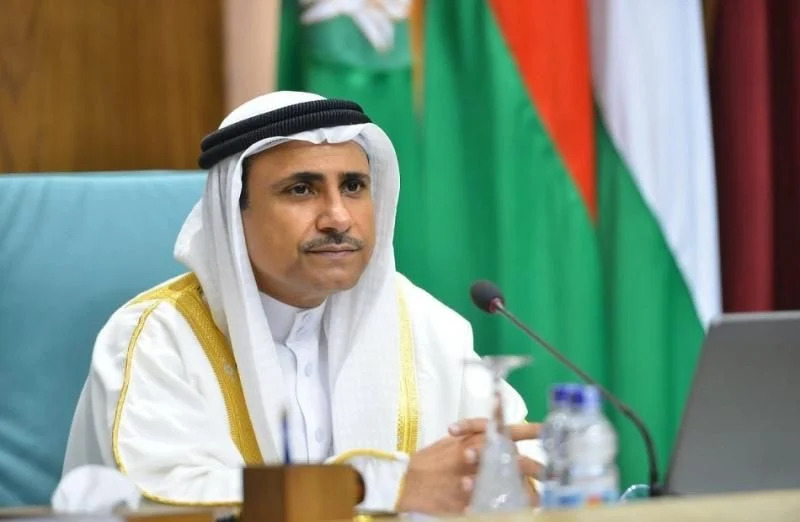 Arab Parliament Speaker Adel Al Asoomi
Arab Parliament Speaker Adel Al Asoomi has extended his appreciation to His Majesty King Hamad and His Royal Highness Prince Salman bin Hamad Al Khalifa, Crown Prince and Prime Minister, for their congratulations on his re-election for a second term. Mr Al Asoomi said that the support of His Majesty for the Bahraini parliamentary work made it gain the confidence of many international parliamentary organisations for its presidency .