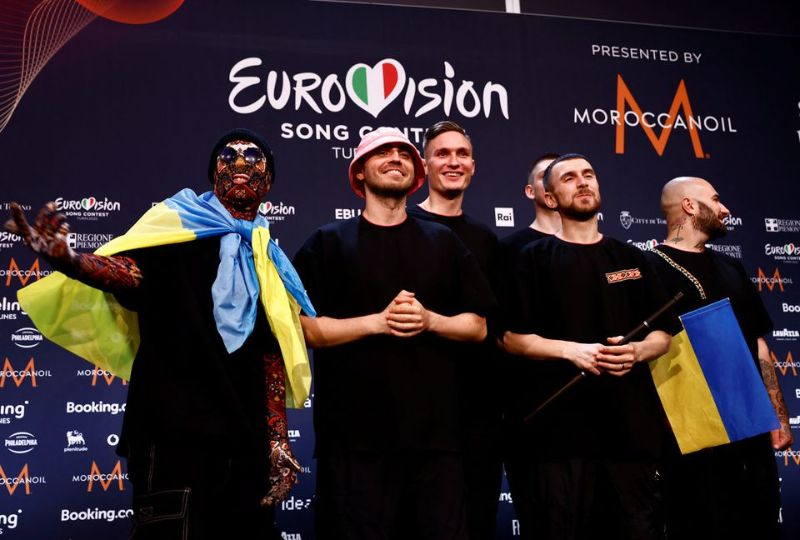 Kalush Orchestra from Ukraine pose for photographers after winning the 2022 Eurovision Song Contest, in Turin, Italy, May 15, 2022. (Reuters photo)

LONDON - The northern English city of Liverpool will host the 2023 Eurovision Song Contest, on behalf of this year's winners Ukraine due to the ongoing conflict there.

Liverpool edged out the other candidate, Glasgow, as host city in a draw held live on BBC television on Friday.

While decades-long tradition dictates that the winner of the contest gets to host it the following year, the European Broadcasting Union had said safety and security reasons meant runners-up Britain were instead invited to host.

The BBC will stage the event, which normally draws a television audience of close to 200 million and was last held in Britain in 1998. Ukraine will automatically qualify to the grand final of the competition, the EBU said.

Britain's entry to this year's Eurovision contest in Italy in May came second behind Ukraine's Kalush Orchestra, which rode a wave of public support to claim an emotional victory.