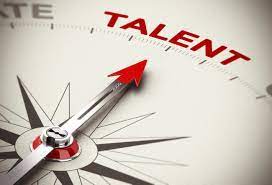 A YOUNG Egyptian recently designed a wooden ‘chariot’ that can travel 160 km per hour. And, rightly so, he named it Pharoah, complete with a crown signifying the famous Egyptian king Menas, who united the north and south of the country 5,000 years ago.

It’s a pity this creative youngster is not in one of the developed nations where he would have been taken on board by car companies, granted a patent and offered a job in a well-known research and development centre.

It’s also a pity that in our societies, such matters are of the least concern, even going to the extent of creating hurdles in the way of entrepreneurs to stall projects and inventions.

There are many such instances in the Arab world with youngsters spending time and money to make their ideas succeed but there is hardly any mention of their exploits in the media.

Thousands of Arabs have moved to foreign lands in pursuit of higher education and where they receive support and encouragement. No wonder then they use their energies and expertise in the service of those countries, where they enjoy a decent living.

A few weeks ago when I was in Europe I came across a fellow Arab who happened to be a senior medical consultant who said he’s been living there for a quarter of a century, is now a citizen and doesn’t ever think of returning to his roots. This is how we have managed to get brilliance out of our countries.

This is also the case in Bahrain from where many have migrated to the West and other Gulf nations where they and their work are respected and recognised.

This is even so in families where, instead of rejoicing at someone’s success in studies or at work, he is given the cold shoulder as if nothing has happened. We are overcome with jealousy and envy and are stingy even in making a congratulatory phone call or writing a text message.

We do not realise how important and magical these words are and to top it all, these cost nothing. What is required is purity of intention and love for others and one can be sure actions will lead to blessings showered upon us.

Many years ago, when I learnt about the promotion of a former classmate at work, I took the initiative to fax him a letter of congratulations.

He immediately responded with an emotional phone call when he said even his own family members had not bothered to commend or congratulate him.

This is a very sad situation, no doubt, and we should strive to change things if we have to succeed and thrive as a society.