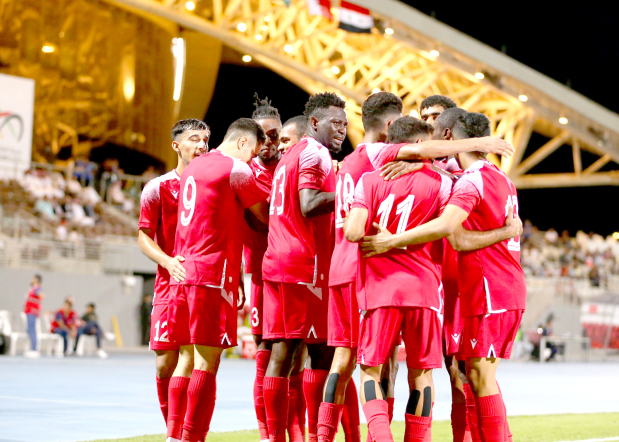 Adel AlRomaihi scored a stunning goal in the third minute of injury time to propel Bahrain to a 2-1 win over Syria last night in their opening game of the third West Asian Football Federation (WAFF) U23 Championship 2022 at King Abdullah Sports City in Jeddah.

In a breathless finale to an absorbing encounter, midfielder AlRomaihi’s last-minute heroics trumped the 92nd minute goal scored by his Syrian counterpart, Mohamed Rihanieh, which had enabled his team to draw level, 1-1, with Bahrain, whom captain Husain Abdulaziz had put in front with a fine 32nd minute goal in the first half.

Having led 1-0 at half time, Bahrain had maintained their ascendency throughout the second half. And, as the clock ticked past the 90th minute, their supporters had every reason to believe that the game had been sewn up in their favour.

But Rihanieh had other plans and the Syrian team celebrated wildly as they thought they had saved a game which, only seconds earlier, had seemed destined to end in defeat for them.

However, there was still a twist left to come. Just one minute after Rihanieh’s outstanding goal, AlRomaihi conjured up some magic of his own and Bahrain were now 2-1 up. Surely there couldn’t be more drama to follow?

The final whistle provided the answer soon enough. Bahrain had won a cliffhanger and their supporters in the stadium and those watching on television screens at home could afford to exhale again.

Bahrain’s next match is against hosts Saudi Arabia on Wednesday.