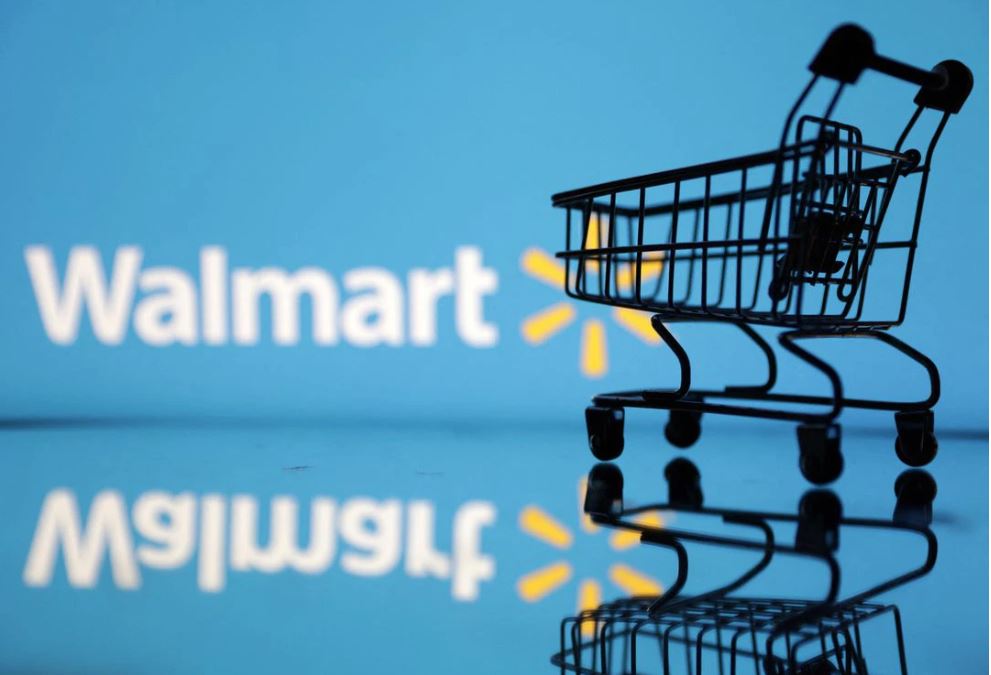 Shopping trolley is seen in front of Walmart logo in this illustration, July 24, 2022. REUTERS/Dado Ruvic/Illustration

Walmart Inc yesterday lifted its annual sales and profit forecast as demand for groceries holds up despite higher prices, while discounts on clothing and electronics helped it cut back excess inventories ahead of the busy holiday season.

The company also announced a new $20-billion share buyback plan, sending its shares as much as up 7pc in morning trading to a six-month high of $148.40.

Amid persistent inflation, investors have been nervously eyeing how consumer spending pans out during the crucial holiday season, when retailers make more than a third of their annual profits. “In this period of macroeconomic uncertainty... we are well equipped to continue gaining market share in an environment where consumers need to stretch their dollars further,” chief financial officer John David Rainey said.

The world’s largest retailer by sales forecast holiday quarter US same-store sales, excluding fuel, to increase about 3pc, below estimates of a 3.4pc increase.

Rainey said the guidance assumes a more promotional holiday period and that consumers could slow spending, especially in general merchandise categories, due to continued rising costs for food.