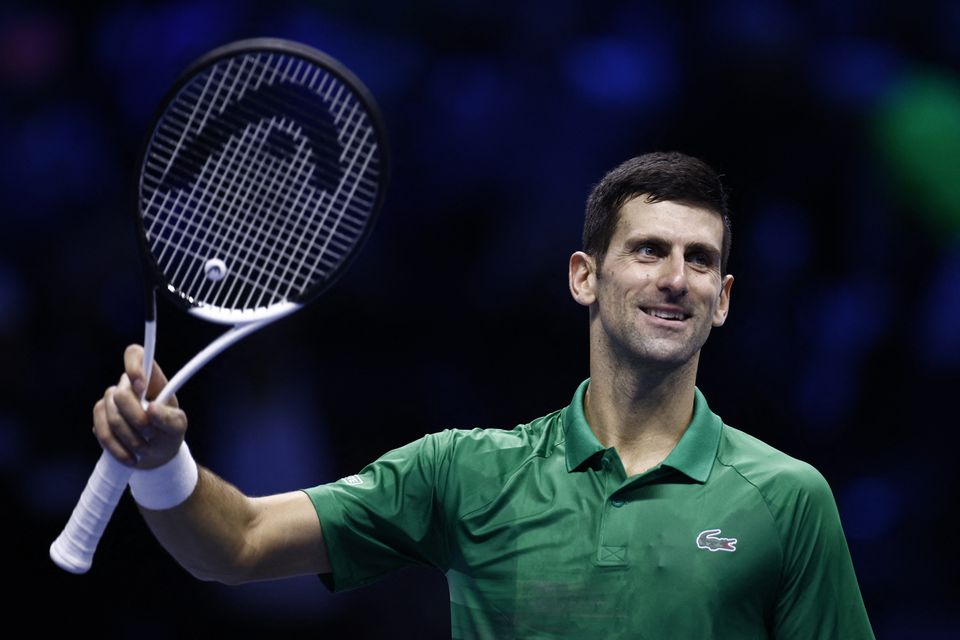 Novak Djokovic booked his place in the last four of the ATP Finals with a crushing 6-4 6-1 defeat of Russian Andrey Rublev at the Turin showpiece on Wednesday.

After the first nine games went with serve, Djokovic switched on the afterburners to outclass Rublev.

Rublev, who like Djokovic had won his opening match at the year-ender, capitulated when serving to stay in the opener, losing the set as Djokovic thumped a backhand return winner.

The second set was a non-event as five-time champion Djokovic roared to victory in little more than an hour.

"I played one of my best matches of the year," Djokovic, who was watched for the first time by both his children Stefan and Tara," said on court. "I found the right attitude and the right game and once I won the first set his energy went down.

Despite being guaranteed a place in the weekend's semi-finals when Djokovic will hope to equal Roger Federer's title record at the ATP's season-ender, the 35-year-old Serb said he will not be relaxing against Medvedev on Friday.

"It won't just be a stroll in the park," he said. "Knowing I'm in the semis it's a great boost but at the same time I want to focus on every match."

If 21-time Grand Slam champion Djokovic wins the title this week he will be the oldest player ever to do so.