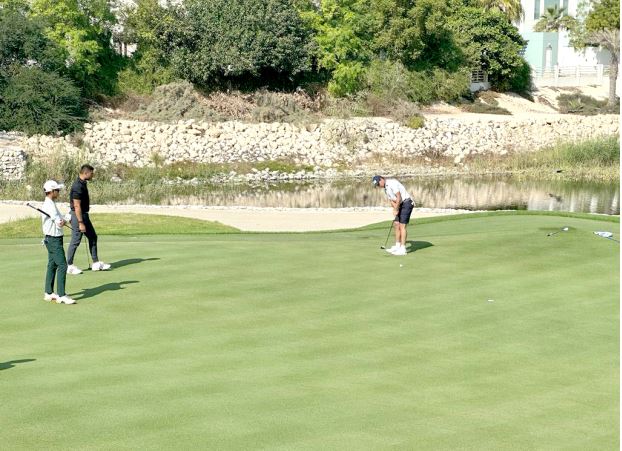 Players during the first round yesterday

Morocco’s Mehdi El Fakori and British professionals Max Smith and Luke Joy earned a share of the first-round lead after carding six-under-par 66 on the opening day of the 14th King Hamad Trophy at the Royal Golf Club yesterday.

More than 40 professinal players from 20 countries are taking part in the prestigious tournament.

Among the amateur players from Bahrain was Khalifa Daij Al Kaabi, who carded an even-par 72 to advance to the second round, which will be played today. The final round will be held tomorrow.