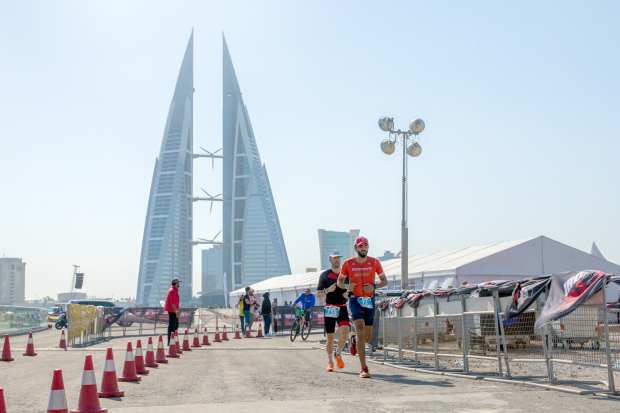 His Majesty King Hamad’s representative for humanitarian work and youth affairs Shaikh Nasser bin Hamad Al Khalifa has welcomed the participants to the Ironman 70.3 Middle East Championship, which will be held in Bahrain from tomorrow to Friday.

The championship will see 1,061 triathletes of both genders, representing 77 countries, compete for glory in Seef District near City Centre Bahrain.

Shaikh Nasser affirmed that the championship is an important event in Bahrain which has been seeing continuous successes in organising major events, praising the efforts of the organising committee.

Shaikh Nasser expressed his appreciation to all ministries, companies and private institutions for their co-operation with the organising committee and their keenness to make the event a success.

Bahrain Sports Channel has made arrangements to broadcast the main event live on Friday with an analytical studio and direct interviews with participants and officials. A delegation from the channel visited the tournament site as part of preparations to televise the prestigious event.

Bahrain Sports Channel will also broadcast the closing ceremony, which will be held in the evening on Friday, when the winners in various categories will be crowned.

All eyes will be on Bahrain for the major event, which returns to the kingdom after a two-year hiatus due to the coronavirus pandemic.